The nearest underground station is San Babila on the red line (line 1). We are also close to Duomo which is served by the red and yellow lines (line 1 and line 3).

Milano Centrale is the main railway station of Milan and one of the main European railway station. It lies a short distance from the city center and is very well served by two underground lines (the green and the yellow lines) and a considerable number of trams and buses.

Malpensa Airport is the main international airport in Milan. It is located about 45km from the city center. It consists of two different terminals linked by a shuttle bus. It's possible to reach the city center by taxi or by bus (http://www.malpensashuttle.it/). There is also a train (Malpensa Expess) which connects the Malpensa Airport (Terminal 1) to Cadorna Station (http://www.malpensaexpress.it/en). From Cadorna Station, it's easy to reach Bird & Bird's office by underground taking the red line in the direction of Sesto San Giovanni and getting off at San Babila stop.

Linate Airport lies a short distance from the city center, only about 7km, and it's possible to reach it by taxi or by n. 73 bus (Piazza San Babila stop).

It is important to know that there are three bypasses enabling drivers to reach different parts of the city and its suburbs without crossing the city centre.

They are indicated on the street signs as follows:

(Toll payment is not required)

The nearest parking spaces are located in Via Pietro Mascagni, Via San Pietro all'Orto and Piazza Filippo Meda.

Our team in Milan 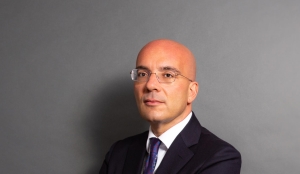 Our May edition of Competitive Edge is now live! Our main article in this month's newsletter discusses the new competition regime for distribution in the EU and opportunities for the decade ahead. Click here to read more: #competitionlaw #eulaw #vber https://t.co/ibE48xRc6I https://t.co/LcaPa18CCo

Want to know more about the draft #horizontalguidelines, #sustainability, information exchange and updates on standard setting and IP? Listen to our 12-minute episode of our Competitive Edge Podcast, recorded by Samuel Berneman and Chloe Birkett here: https://t.co/xXZQ8r1MtZ https://t.co/62NMUm64Dk

Who's liable in assuring 5G security? Partner Ronald Hendrikx talks to @Business_AI in their ebook ‘Securing the future of 5G’ in collaboration with @Huawei. You can find the report here: https://t.co/RMwlF81HXB https://t.co/l5IzwUuI2i

RT @twobirdsemplaw: ‘Fire and Rehire’ – has the ship sailed? In our latest article we examine what the practice of fire and #rehire involve…