Coming from north via A92 (Motorway) following directions for Munich. At the junction for Neufahrn follow the A9 in the direction of Munich. At the end of the A 9 (München-Schwabing) carry straight on into Mittlerer Ring / Schenkendorfstrasse. Turn right into Ungererstrasse, and then go straight on along Ludwigstrasse which then leads on to Odeonsplatz. Turn right into Brienner Strasse and turn left into Oskar-von-Miller-Ring and follow it straight on into Maximiliansplatz. Parking: in front of the office against payment/parking ticket.

Suburban train (S1 or S2); get off at train stop Karlsplatz/Stachus. Use exit Kaufinger Straße and turn left in to Lenbachplatz and cross the street into Maximiliansplatz. It takes about 4 minutes by foot from the tram stop to the office.

Directions from the airport

Munich airport is located 35 km from the city centre and it takes about 45 minutes in a cab. You can also take the suburban train S1 or S8 to Karlplatz/Stachus.

Our team in Munich 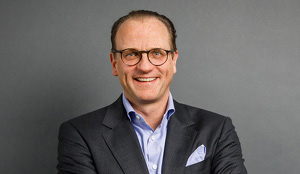 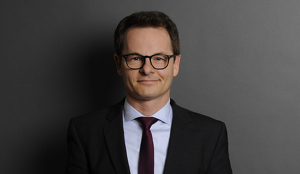 Join us at this event hosted by @lexology, bringing together experts based in APAC to explore the latest developments in #climate regulation, tips on working constructively with third-party vendors on #sustainability issues & how to stay ahead of trends: https://t.co/nDUGEsCgcr https://t.co/jiUkTpizKz

Take a look at our top 10 hot topics in #consumer law, #advertising and #digital regulation for consumer-facing businesses to keep on their radar over the course of the next 12 months, as well as possible actions to take in readiness for the changes: https://t.co/ZTAwl30Bze https://t.co/VxxXEuMQeX

In our January Competitive Edge newsletter, find out what European lawyers need to know about Chinese #AntitrustLaw, listen to our podcast on the risks of badmouthing your competitors and vote for your favourite article in the Antitrust Writing Awards: https://t.co/9z8ovyewPw https://t.co/4rSXzRpIwx

"The government has said that psychological harm should not be limited to a medically recognised condition, so potentially that could be quite subjective." Graham Smith comments on new amendments to the UK's Online Safety Bill for @thenextweb. Read more: https://t.co/kg4DfDcXSl https://t.co/jxIlyRryFA

HM Treasury has published a review alongside a Call for Evidence on the Payments Services Regulations 2017 on how UK payments regulation should evolve to meet the aims of the UK Government to support an innovative & competitive #payments sector. Read more: https://t.co/0xuS17miq8 https://t.co/yhXoNYrOUq