Product Placement with Influencers is “obvious” marketing and does not require disclosure, according to the Higher Regional Court of Hamburg 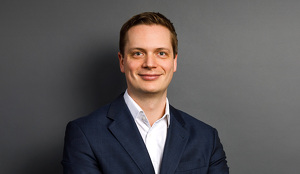 In a decision [1]  contrary to the current climate on influencer marketing, the Higher Regional Court of Hamburg decided that Instagram posts of influencers containing product placement do not need to be disclosed as “advertisement”. The full decision is not available yet, but the court has published a press release [2]  due to the public’s interest.

In this case, an influencer with 1.7 million followers, an average of 55.000 likes and highly professional pictures had published Instagram posts containing product placement. The posts were neither marked with the Instagram feature “Paid Partnership” nor did the text mention that the post were an ad. The Hamburg based influencer, active in the areas of beauty, fashion, lifestyle and travels, only discloses posts as advertisement if they are paid, but not for product placement.

A German competition watch dog argued before the court that this was in violation of several laws, in particular Art. 7 (2) of the Unfair Commercial Practices Directive (and the corresponding German provision), which requires for the commercial intent of any action to be disclosed, in case the commercial intent is not apparent from the context.

The court argued that the influencer maintained the profile as a business, with rare “private” posts in between those of a commercial nature. But even the posts of a more private nature had, in the end, also a commercial intent: They aim at increasing the reach of the influencer, a core aspect of the influencer business. Therefore, all posts of an influencer are of a commercial nature (to some extent). The court had no doubt that the 1.7 million followers knew this.
The arguments of the court also highlighted that editors of printed magazines often present and promote products, without disclosing product placement. The public is not be misled by those magazines and will not be misled by influencers acting in the same manner.

Lastly, the court continued that – even if the commercial nature was not obvious and should have been disclosed – it would be unlikely that this would cause the consumers to take an action they would not have taken otherwise, a key requirement of Art. 7 (1) of the Unfair Commercial Practices Directive: This was based on the courts assumption that the users followed the Influencer because the profile was promoting products, not despite of the promotion.

This decision is in line with a similar decision of the Higher Court of Munich, but in conflict with decisions of the Higher Court of Berlin and Braunschweig. The Hamburg court allowed the appeal to the Federal Court of Justice. If the competition watch dog files an appeal, this aspect of influencer and advertising law in Germany could finally find common ground throughout Germany.