During the government lockdown, now more than ever society is increasingly reliant on music, films and podcasts. We now have so much media choice that we can be forgiven for forgetting about the machinery that sits behind the music - the music industry. After all, music is ubiquitous. From films to car journeys to exercise classes music is the ever present soundtrack to our lives. Music has been inescapable throughout my lifetime (and it was no different for my parents); underpinning some of life’s most special and most testing moments. We all have that one song that takes us back to a time, a place, an emotion. So what difficulties are being faced by the music industry and how is it able to react to the challenges posed by COVID-19?

COVID-19 is testing the resilience of a number of industries including the music industry. The need to adapt to current circumstances, to take what you can and fashion it into something else that is commercially valuable during this unprecedented lockdown is the only way for many businesses to survive. A number of restaurants have pivoted their business model into a food delivery service. General Motors has retooled machines to make ventilators and Burberry has retooled one of its iconic trench coat factories to produce medical gowns. These pivots produce some degree of social value, commercial value (keeping the factories open) and a feel good story for the companies themselves as they become collaborators in the fight against COVID-19. Burberry x Hancock Spring/Summer 2020. It however remains to be seen how permanent such changes may (need to) become and to what extent the music industry is able follow examples of successful pivots, for example by focusing on virtual concerts, combining music with growth areas like eSports, focusing on live streams and adapting to listener’s changing daily routines.

It’s a sad irony that my current playlist is reminiscent of Glastonbury 2013, when Glastonbury 2020 (the festival’s 50th anniversary) has been put on ice. COVID-19 has dealt a hammer blow to the live music industry. Not only are musicians and fans affected - an entire economy of technicians, security and roadies have been deeply impacted by the postponement of virtually every concert worldwide. It is edifying to see Live Nation, the world’s largest live-entertainment company stepping up to establish a $10 million fund for touring staff effected by the impact of coronavirus. I fear though that initiatives like this might fall short - while it's a huge step in the right direction, scheduled payments like rent will still be difficult for a number of those affected. For the musicians themselves, the worldwide cancellation of live events will create huge financial difficulties. The majority of most musician’s revenues are generated from live shows and touring (supplemented by merchandise sales and sync licensing). Streaming is not particularly lucrative for artists and many artists have raised serious concerns about their immediate financial stability without the ability to play live.

Perhaps surprisingly, audio streaming fell during the initial period of lockdown. Music Business Worldwide has found that global streams from Spotify’s Top 200 chart was down by 11% to 226 million plays in the week commencing March 13 (the week that a number of countries began shutting shops, restaurants, schools and forcing social distancing). In contrast, audio visual streaming has seen a rise of about 14.5% in the same week. Consumers are changing their behaviour as daily routines evolve into a work from home model. Anghami, the leading Arab music streaming service has crunched its data revealing that more people are streaming over Wi-Fi, people are working out later in the day and people are struggling to sleep (more “sleeping” music is being streamed, although this genre should not be confused with music from artists like James Blunt). The reduction in audio streams can be seen in contrast to the uptick in popularity of visual mediums. Netflix has recently re-forecast its subscription growth upwards and amazingly, Amazon owned Twitch has seen its viewership grow 31% 43 million highlighting the rapid changes in consumer habits.

During this pandemic, while people want reliable information and have more time to listen to longer pieces of content, digital radio has benefitted from an increase in audience. The BBC has seen an increase of 18% in streaming of its radio services. Similarly, reports from Global (which owns Capital FM and LBC) saw a 15% increase in online radio streams between March 9th and 17th. US radio company iHeart Radio has also enjoyed increased user engagement across smart speakers (up 30%) and across smart TVs (up 22%). Spotify’s COVID-19 Hub (part of its COVID-19 Music Relief Project) has proved successful as it allows people to listen to specially curated playlists and podcasts that help users feel informed, while further embedding them into Spotify’s streaming ecosystem.

eSports and online gaming have proved increasingly popular during the lockdown and the growing popularity of eSports will continue to provide a number of commercial and licensing opportunities for musicians and rights holders. Sales of the latest video games during the coronavirus lockdown have smashed records as millions are stuck at home. Nintendo’s latest instalment of its Animal Crossing franchise called New Horizon was released on March 20 and sold more than 1.8 million copies in its first three days in Japan. Activision Blizzard’s first-person shooter Call of Duty: Warzone launched on March 10 and saw 30 million players in. 10 days. Minecraft has already hosted in-game festivals (Coachella and Fire Festival) and one of the biggest music acts of the last year Marshmello performed a concert in Fortnite in 2019 setting an exciting precedent for how music and gaming will continue to converge during a musician’s career. Musicians and gamers have collaborated culturally for a number of years and there is an increasing appetite among the young “tech native” generations for virtual entertainment experiences. Investment in these experiences like virtual concerts (either inside or outside the eSports ecosystem) is likely to increase as people change their habits and become more comfortable “staying in”.

While the way we consume media and our daily habits may be changing in response to COVID-19, music's central importance in society isn’t. It is encouraging to see a number of important businesses in the industry stepping up and reacting to the difficulties faced by the music community at this time. Universal Music Group, the world’s biggest music rightsholder has put in place a number of meaningful measures to support artists and songwriters. Apple Music has launched a $50 million dollar artist relief fund to make sure artists get paid. Artists are also doing their part to help the community stay positive - stadium level artists like Chris Martin, John Legend and Charlie Puth have live streamed concerts from their living rooms using the hashtag #TogetherAtHome. The music industry’s resilience is being tested by COVID-19 but the industry is showing its toughness, its vulnerabilities and its societal value. Once the immediate effects of COVID-19 subside, it will be interesting to see whether the industry has been permanently changed. It is likely that people’s habits will have changed and a number of commercial opportunities that could alter the direction of the music industry will be taken more seriously as a result. 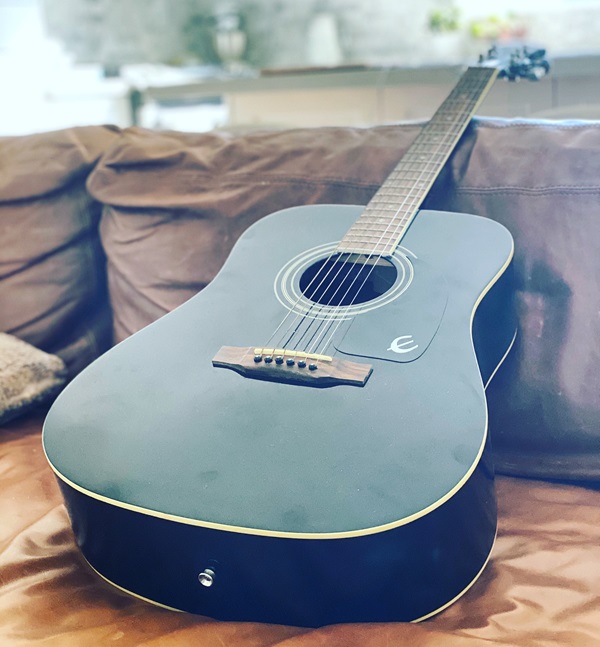