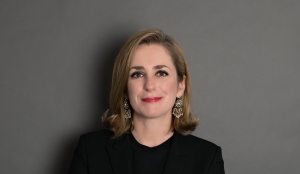 Today’s CJEU decision in Coty Germany GmbH v Amazon (C-567/18) falls in line with the previous German decisions: A company storing goods on behalf of a third-party seller without awareness that said goods infringe third-party trade mark rights does not itself use (and infringe) the trade marks, as long as the company storing the goods does not pursue the aim of offering the goods for sale or putting them on the market.

The decisions by the German first instance and appeal Courts in this case denied claims brought against Amazon due to the lack of an intention to offer the goods. The decisions made it clear that the intention of the actual seller cannot be grounds for an infringement by the company merely storing the goods. Lastly, while the CJEU was not asked to comment on this, the earlier German court decisions also agreed that a company storing a multitude of goods for third parties does not have an obligation to actively look for infringements. Only if the company is made aware of an infringement, it then has an obligation to review any such claims and to prevent similar infringements in the future.

The plaintiff, Coty Germany, distributes perfumes. Coty Germany claimed that two Amazon Group companies infringed the trade mark rights in ‘Davidoff’ by storing ‘Davidoff Hot Water’ perfumes and by handing them to delivery companies on behalf of third parties acting on the Amazon-Marketplace. Coty Germany initially pursued the claims before the courts in Munich [1], which ruled in Amazon’s favour. Following Coty Germany’s appeal, the German Federal Court of Justice (Bundesgerichtshof) referred the following question to the CJEU regarding the interpretation of Article 9(2)(b) of Regulation 207/2009 and Article 9(3)(b) of Regulation 2017/1001 [2]:

At the same time of making the referral, the German Federal Court of Justice also gave its own opinion on the matter: the answer should be ‘No’. Similar to a previous decision in German patent law, the limitations to the liability of a storing company, hauler or carrier should not be undermined by applying the intentions of the actual owner of the goods to the companies acting on behalf of the seller.

In short: the CJEU agreed and answered ‘No’ to the question. A company providing the storage of goods only infringes trade mark rights if it also pursues the aim of offering the goods for sale or putting them on the market.

While the regulations do not contain a definition of the word “use” of a trade mark, the CJEU cited previous decisions (such as Daimler and Mitsubishi Shoji Kaisha and Mitsubishi Caterpillar Forklift Europe) and underlined that “use” involves “active behaviour and direct or indirect control of the act constituting the use”: only a third party that has direct or indirect control of the act is effectively able to stop that use and therefore comply with the claims of the trade mark owner.

The CJEU decision, which is in line with previous decisions on similar matters such as the one concerning eBay (L’Oréal and Others, C‑324/09), makes it very clear that service providers (storage, delivery, etc.) for third parties do not actively “use” a trade mark. The CJEU also stated that, of course, other liabilities must still be considered, such as those relating to safe harbour legislation (Directive 2000/31) and the enforcement of intellectual property rights, e.g. in the context of intermediary injunctions (Directive 2004/48). Although these issues were not before the CJEU in this case.

Dispute on the facts of the case

Coty Germany considered that the referred question was hypothetical in that it would fail to give a full picture of the facts at issue. Amazon would not only be a storage provider: it also chose keywords, managed the sales process and provided the platform. This criticism prompted the CJEU to request Amazon to comment on its overall role in the sales process. The Advocate General (AG) himself, in his Opinion, considered two perspectives, one relating to the question and case as factually laid out by the German Federal Court of Justice and one considering a broader view, bearing in mind all elements of Amazon’s support in the sales process.

In the AG’s assessment of the second – broader – view, Amazon would do “all the heavy lifting”. Amazon promotes its service under the slogan “send us the goods, we take care of the rest”. Based on this, the AG commented that Amazon performs an active role and has direct or at least indirect possession of the goods, and this could constitute “use” of a trade mark. This active role goes beyond the usual services provided by a storing company. Lastly, such an active participation would– in the AG’s view –raise the question whether the limitations of liability granted by Art. 14 (1) of the Directive 2000/31 would still apply.

The CJEU, however, limited its analysis to the question and facts as referred by the German Federal Court of Justice. While the CJEU commented that it knows about the “factual and legal material necessary”, it also made clear that the judgment is a “useful answer to the question submitted”.

This decision is good news for online e-commerce platforms stocking goods on behalf of sellers and can be also applied to certain other service providers (haulers, carriers). The German Federal Court of Justice already made its intention clear to apply these standards to such service companies.
The criticism on the question and facts referred by the German Federal Court of Justice and the subsequent AG Opinion will likely be the basis for a continued discussion (and potentially, litigation) on the range of situations to which today’s decision may be applied. Each case where a company acts on behalf of a third party will continue requiring a thorough review of all the various services provided by such company before it can be established that the limitation on liability set out in this CJEU judgment can be applied.