Denmark: COVID-19: Bill on salary compensation to employers has now finally been passed (Updated on 16 June 2020) 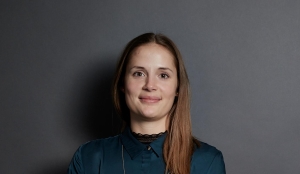 The Danish Act on the employers’ and employees’ legal position when a company receives salary compensation in connection with COVID-19 has now been finally passed, and it implies essential amendments from the proposed bill.

On 15 March 2020, the Danish government and the labour market's parties reached a three-party agreement according to which Danish companies, as a consequence of COVID-19, can obtain partly compensation for salary costs to employees in risk of being terminated.

Who is covered by the scheme?

When does the scheme come into effect?

Applications for coverage by the scheme for the period until 8 July 2020 may be filed until 30 July 2020 through www.virk.dk, as further described below.

On 5 June 2020 the temporary salary compensation scheme was extended again to expire on 29 August 2020. At the time of writing it is not yet possible to file for applications for this period.

What are the requirements to the company?

The salary compensation scheme applies to all private business entities/companies registered in the central business register which are "extraordinarily affected financially" as a consequence of COVID-19 and therefore are faced with having to notify employees as follows of termination:

Only employees employed before 9 March 2020 may be covered.

Please note, the company can also apply for the salary compensation scheme for employees in flexible jobs (in Danish: Fleksjob”), whether the employee is on the old or the new scheme.

What are the requirements to the employees?

An employee who is sent home for three months is not entitled to the agreed salary for a period corresponding to five working days during such three months discharge period. For an employee discharged from duty for a shorter period than three months, the period without salary is calculated proportionally.

As the total compensation period runs from 9 March to 8 July 2020, it will not be possible for employers using the scheme as from now to deduct all five days from the employees.

It is the choice of the employee whether to apply accrued holidays, time off in lieu of unpaid overtime or other accrued time off.

Accrued holidays, time off in lieu of unpaid overtime or other accrued time off during the employment relationship and unpaid leave periods already applied after 9 March 2020 are included in the calculation of the five (or fewer) working days.

If the employee has not accrued holidays, time of in lieu or other time off during the employment relationship, the employee may choose to use five of the holidays which have been accrued between 1 January 2019 and 31 August 2019 during the unpaid discharge period, i.e. the holidays otherwise not to be used before 1 May 2020 (the new holiday year).

The employee may also choose to take five days off without salary during the period.

When during the period must the employee use the 5 days without salary?


How much may the company receive in compensation?

As a consequence of the latest development in this area, the government has now raised the maximum monthly contribution. This means that the salary compensation may (still) constitute 75% of the total gross monthly salary costs for full-time salaried  employees, and for non-salaried (hourly paid) employees, the salary compensation may constitute 90%, however no more than DKK 30,000 per month per covered full-time employee, regardless of such employees being salaried or non-salaried (hourly paid) employees.

The companies may be covered by the scheme for up to three months at most.

May the salary compensation scheme be combined with other loss-reducing solutions for the employer?

Another frequent question is whether the salary compensation scheme may be applied in combination with a salary cut. The answer thereto is: YES, if the salary cut has been agreed upon before the employer has been covered by the scheme/filed for coverage by the scheme.

The Danish Business Authority has further explained by telephone that for salary cut agreements entered into on 9 March 2020 or afterwards, it is also a condition that such an agreement has been entered into with either a majority of the employees or an employee representative.

If an agreement on salary cut has been entered into to that effect, the employer may not deduct up to the 5 days from an employee’s salary, cf. above.

Bird & Bird notes that the above-mentioned requirement that any such salary cut agreement must be entered into with a majority of the employees or an employee representative does not clearly appear from the wording of the Act. Therefore, it remains questionable whether the court will uphold this. We recommend, however, that all employers act in accordance with the guidelines of the Danish Business Authority.

If the employer has notified employees of a salary cut in the period after 9 or 10 March 2020 and onwards, the salary compensation scheme may probably not be applied, but this remains unclear for now. It also remains unclear whether the employer may reverse any such notification and then apply the scheme.

Is it possible for two (or more) employees to share the coverage of one employee within the scheme?

Bird & Bird is also asked whether it is possible to “swap” between employees discharged from duty with pay. The answer to that is that it as a starting point is not possible for two (or more) employees to share the coverage corresponding to one employee under the scheme since the personal ID numbers of the employees in question must be recorded (and not the total number). See below as to the reporting.

It is, however, possible to apply a rotation arrangement (or the like) so that employees take turns to perform the remaining tasks of the company and to stay home with pay, respectively.

The employer must pay attention to the fact that all employees being discharged from duty with pay (for a period) must be reported. In connection with the reporting, the employer may state how many days each single employee is not to be covered by the scheme and instead perform the tasks of the company. The compensation amount will then be calculated on the basis of the stated period with a deduction for the days the relevant employee is expected to be called back to work.

In order to be covered, it is important for the employer to ensure that the average number of employees at all times corresponds to 30% of the total staff or is no less than 50 employees.

When should the company apply and what are the requirements?

The salary compensation period commences at the time when the first employee has been discharged from duty and ends on the day the company notifies the employee(s) of termination or carries termination into effect for financial reasons.

As the main rule, companies may apply for salary compensation only once during the period from 9 March 2020 to 8 July 2020. In the need of further temporary discharges than assumed, another application may, however, be filed.

The companies must apply for salary compensation with the Danish Business Authority on www.virk.dk. As stated, the website is open for filing until 30 July 2020.

The salary compensation is paid on the basis of the companies' information on the number of employees which otherwise should have been terminated as a consequence of the COVID-19 situation, but who have been discharged from duty instead. The information includes i.a. the employees' rate of employment, salary, the discharge period as well as solemn declaration that the information is correct and truthful.

The company must state and give reasons for the period during which shortage of work is expected, however such period not to exceed three months starting at the earliest on 9 March 2020 and ending no later than on 9 June 2020.

Furthermore, the Danish Business Authority will require that all companies consult with an accountant. The requirement of assistance from an accountant may be based on various criteria, e.g. random test, the size of the compensation, assessment of the risk etc.

When is the company prevented from receiving salary compensation?

Who can apply for an extension of the salary compensation period?

To apply for an extension of the temporary salary compensation period, the company must comply with the above requirements.

In addition, the company must have a previously approved application for temporary salary compensation.

When is company prevented from applying for an extension?

The company cannot apply for an extension of the temporary salary compensation period if: