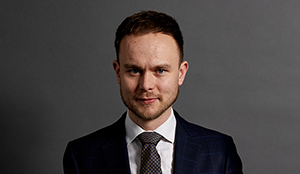 The Government and all the parties in the Danish Parliament have agreed to adjust and extend the economic aid packages to the Danish economy. The changes entail a limitation on companies’ ability to pay dividends or to carry out share buy-backs if the companies use the compensation scheme relating to fixed costs and receive more than DKK 60 million in compensation.

In addition, the maximum compensation amount that may be granted is raised from DKK 60 million to a total of DKK 110 million.

Bird and Bird has previously described the compensation scheme here.

Should a company later want to release itself from such limitations as to dividends, the company must repay aid exceeding DKK 60 million received under the scheme.

If the company nevertheless chooses to pay dividends, the state may demand full repayment of the compensation amount received. In addition, the company may be fined for fraudulent misrepresentation.

Link to the Ministry of Finance’s press release may be found here.

Bird & Bird encourages anyone with questions about the above to contact the Head of Bird & Bird in Denmark, Casper Moltke-Leth, Associate Ted Rosenbaum or Junior Associate Filip Kaas.

If you have any other questions about COVID-19 and the current situation, you may contact Bird & Bird's free hotline where legal specialists are available to assist you. You can see who to contact by following this link.