Federal Government draft bill planned for an Immigration of Skilled Workers Act, to promote the immigration of skilled workers from third countries 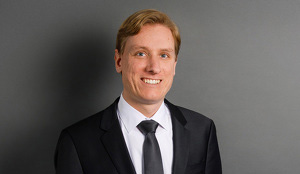 At present, the unemployment rate in Germany is at its lowest rate in decades. However, this positive development also poses a challenge of how to recruit a suitable number of skilled workers for the German labour market. This is not only a question of ensuring the quality of professional practice, but also one of recruiting skilled workers from abroad in order to counter demographic change and progressive digitalization.

I. Essential contents of the draft law

The immigration of skilled workers will be managed and strengthened in line with demand. This includes, among other things, creating transparency and establishing a unified period of residence for temporary job searches without social security benefits, improving access to vocational training, and improving the likelihood an individual having their qualifications recognised in Germany in accordance with § 17a of the Residence Act.

2. Ensuring the quality of professional practice

In order to enable rapid and simple recognition procedures, a more efficient equivalence assessment will be implemented, and simplified access to the labour market for IT and so-called "bottleneck occupations" (jobs in areas such as mechatronics, IT, maintenance and software development, where there is currently a shortage of skilled workers) will be ensured.

For example, stronger promotion of language courses and the expansion of preparatory colleges abroad.

This includes, in particular, the development of an e-government solution and the design of a competitive online offering.

II. Evaluation and impact on practice

The potential improvements that may be derived from the Immigration of Skilled Workers Act are certainly welcome. This is especially true as regards bottleneck occupations – more skilled workers will be able to be recruited and an emerging shortage in the German economy will be able to be covered. The success of the law will be judged on how well it succeeds in countering prejudice in German society towards immigration from third countries. Increased immigration following the implementation of the law could give rise to fears that immigrants are primarily concerned with exploiting the German social security system, which is perceived as a major issue in view of what many still consider to be Germany's dubious policy on refugees.

The draft law is yet to be released, but its publication has been announced for autumn this year. It will be interesting to see to what extent it will be possible to compare the upcoming draft law with the European legal regulation of the 'EU Blue Card', which creates a new residence permit for EU foreigners, in order to make it easier for academics to gain access to the German labour market. In contrast to the EU Blue Card, the Immigration of Skilled Workers Act not only supports university graduates, but also foreigners from third countries, who have completed vocational training.