Brexit: No Deal! Far-reaching impact on employment of British Citizens in Germany 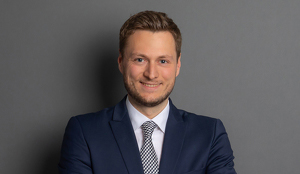 On 15 January 2019, the British House of Commons rejected the potential exit agreement with the EU by an overwhelming majority. 432 MPs voted against the exit agreement, while only 202 were in favour of the deal. For German companies, the rejection of the agreement means that, as a precautionary measure, they must make preparations for a hard (i.e. unregulated) Brexit on 29 March 2019.

From an employment law perspective, this means that the employment of British citizens in Germany will be significantly more difficult. In the event of a non-regulated Brexit, British citizens will be treated as usual non-Member State/Third-Country citizens. Unlike EU citizens, they will not have unrestricted access to the labour market anymore and would require a residence permit (Aufenthaltstitel) and a work permit (Arbeitserlaubnis) to reside and work in Germany. These are only granted under specific circumstances and preconditions.

It is recommended that employers already being taking measures to ensure that their British employees obtain residence permits (Aufenthaltstitel) and work permits (Arbeitserlaubnis) so as not to endanger their further employment in Germany.

If the withdrawal agreement had been concluded, all British citizens currently employed in Germany would have had the unconditional right to continue living and working in Germany beyond the exit date. Following the rejection of the exit agreement this will no longer be the case, especially as there is currently no draft law from the German Government which provides for this right.

Even if the German Government has announced that it will not impose any hurdles for British citizens remaining in Germany, British citizens would presumably nevertheless initially be treated as Third-Country nationals. Therefore, it must be assumed that they will require a work permit to reside and work in Germany, just as current non-EU citizens do. The access of foreigners (i.e. non-EU member citizens) to the labour market is limited pursuant to Federal provisions such as the German Residence Act (AufenthG), and the Regulation on working in Germany (BeschV). Access is in principle limited to certain occupational groups and normally requires the prior approval of the Federal Employment Agency, even if numerous exemptions to this principle have been implemented during recent years.

For unskilled and low-skilled workers, access to the labour market remains limited. In contrast, in the case of highly-qualified foreign nationals such as university graduates, the legal barriers to working in Germany have been reduced. Simplified rules on access to the labour market apply to academics, highly-qualified professionals, executives, senior employees, specialists and similar groups. It also needs to be considered in this regard, that apart from the ICT Card, a national residence title only allows work activities in the country of issuance; employment in other EU states is generally excluded or requires further national residence permits.

There will be various options available for British citizens looking to continue working and living in Germany and to obtain a residence permit and/or a work permit. Especially for highly-qualified or executive employees, the application for a Blue Card or ICT Card is a good option. In addition, there is the possibility that British citizens living and working in Germany for many years may be able to obtain a permanent residence permit or even naturalisation under certain preconditions. Employers are advised to take immediate action to evaluate the situation for their British employees. We are happy to assist you in this context and provide advice from London as well as from our German offices in this regard.