The esports revolution: recognising and protecting the workforce 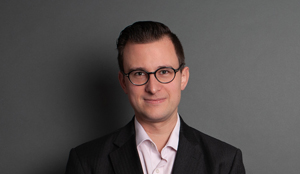 The business of 'esports' – a collective term for organised, competitive video gaming undertaken on an increasingly professional basis – is booming, with global audiences, wide commercial engagement and global revenues expected to top £1 billion by 2020.

By way of a snapshot, 173,000 esports fans recently packed into the Spodek Arena in Katowice, Poland, over the course of two weekends to watch the finale of the Intel Extreme Masters – arguably the 'World Cup' of esports. The exploits of those competing were simultaneously broadcast to 46 million unique viewers worldwide, across 70 outlets and in 19 languages. $650,000 USD worth of prize money was distributed. Put simply: competitive video gaming is now big business.

In fact, it is no exaggeration to describe gaming as an established modern profession, with its own global workforce. Crowds of talented individuals battle to secure roster spots on distinguished or ambitious esports teams, well aware of the fame, fortune and opportunities of international travel that often accompany success as an 'athlete' in this field. This is hardly surprising. Kuro Takhasomi, a professional Dota 2 player for Team Liquid, has reportedly earned nearly $2.5 million USD in the last year.

However, as with many professions, focus is often reserved for those at the top of the esports pyramid. The rest of the workforce – including those supporting team operations from the office, helping organise and administer international competitions or striving to become established players – can be overlooked. The all-consuming pursuit of victory on the global esports stage, or even the simple chance to participate in a field as competitive and popular as esports, can put individuals in a vulnerable position.

Within an industry dominated by virtual reality and fantasy worlds, it's also easy to see how the need to adhere to and operate within the less racy (but no less complicated) legal framework could be overlooked. As the esports workforce continues to grow, particular challenges range from a deficient awareness of employment rights in general, to their effective provision and enforcement, to addressing the industry-specific vulnerabilities that characterise its young, internationally mobile and (currently at least) predominantly male labour pool.

It is clear, for example, that the age profile of and clear gender imbalance within the professional esports community warrants enhanced attention from an employment law perspective. Industry actors should be alive to additional protections applicable to 'young workers' across the EU, such as tighter working time restrictions and strict limitations on working at night, as well a general prohibition on discrimination on various protected grounds, including age, race and sex.

Such vulnerabilities throughout the industry also mean that more should be expected from esports organisations in terms of safeguarding (see our latest article on this topic here), addressing game addiction, competition integrity, substance abuse, player engagement, education, and career planning, as well as protecting participants from worrying levels of abuse and harassment in an online environment often populated by unidentifiable competitors.

Reassuringly, it appears that regulators and esports governing bodies – so far as they exist – are gradually waking up to these employment risks. New measures, designed to protect individuals and promote worker rights, are observable on international, domestic and competition-specific levels.

In France, esports have been recognised as a 'national sport' by the government and are subject to a ground-breaking new regulatory framework which sets out: (i) restrictive conditions for the organisation of competitions; (ii) team/league accreditation requirements that hinge on evidence of how risks to the workforce will be mitigated; and (iii) strict rules on player contracts. Various national bodies, such as the recently established British eSports Association, are offering advice to esports teams on their obligations towards players and supporting initiatives aimed at promoting good employment governance throughout the industry.

Individual esports competitions are also taking the initiative by introducing bespoke, pro-workforce participation criteria for teams, from enhanced minimum wage and revenue sharing obligations to mandatory, standardised (and comprehensive) player service agreements. To participate in Blizzard's forthcoming Overwatch League, teams will need to provide their players with fixed-term contracts, a minimum salary, health insurance, a retirement plan and a share of certain prize money, among other things.

Separately, esports workers and players are being given the opportunity to confront the issues head on. Direct player engagement, representation and bargaining are all becoming an integral part of the industry, with collective player associations increasingly influential in directing the evolving regulatory landscape. Riot Games have recently announced their support for such an independent body in respect of their North American League of Legends Championship Series, to enable players to have genuine input on league decisions (including applicable player protections) and easy access to resources such as skills training, financial planning and legal assistance. Full player unionisation is a likely next step.

Such rapid industry responses, implemented with the aim of addressing vulnerabilities and creating a safer environment for the esports workforce, should of course be welcomed. However, they present additional challenges for esports organisations. With new restrictions and obligations emerging in a piecemeal and disparate manner - a natural consequence of an industry that has developed organically, without centralised standards, oversight mechanisms and enforcement processes - there is no denying that the regulatory picture is complicated.

As esports continues its meteoric rise, and the further vulnerabilities associated with its workforce are inevitably exposed, the once sparse legal landscape is at risk of becoming saturated and unnegotiable. esports organisations will need to take proactive steps to recognise the risks arising, monitor legal developments and ensure individuals are benefiting from rights or protections commensurate with their employment status, age and sphere of activity under: (i) applicable law; (ii) competition specific regulations; and (iii) any relevant 'collective agreements' that may arise in the future.