Court of Appeal holds that online use of "MERCK" in UK by MSD amounted to breach of its 1970 contract with Merck KGaA, Darmstadt, Germany 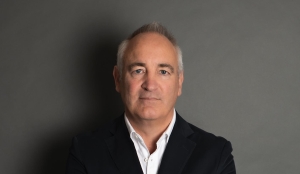 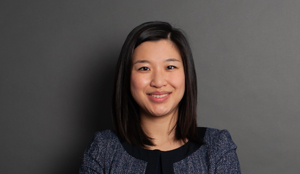 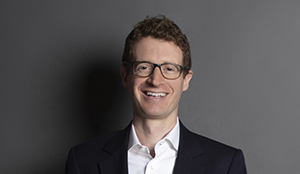 The English Court of Appeal has today handed down its decision in the dispute between pharmaceutical companies, Merck KGaA, Darmstadt, Germany, and US-based Merck Sharp & Dohme Corp (MSD) for breach of contract and trade mark infringement in respect of the use of "Merck". A copy of the decision can be found here.

The Court of Appeal confirmed the High Court's decision of 15 January 2016 that use in the UK by MSD of "Merck" alone either as a trade mark or company name breached a 1970 agreement with Merck KGaA, Darmstadt, Germany.

The dispute centred on Merck KGaA, Darmstadt, Germany's claim that MSD's online use of "Merck" in the UK breached a co-existence agreement between the parties and infringed trade mark rights in the UK. At the heart of the litigation was how an agreement originally negotiated in 1955 applied to use on the internet and social media.

Merck KGaA, Darmstadt, Germany, is an international pharmaceutical company whose origins date back to 1668. In 1891 it set up a US branch. After World War I the US branch became independent, eventually becoming MSD.

The two organisations entered into a worldwide co-existence agreement in 1955 regarding the use of the term "Merck". The agreement was amended in 1970.

The High Court ruled in favour of the Claimant, with Mr Justice Norris deciding that MSD's use of "Merck" alone in the UK whether online or offline was a breach of the Agreement. He held that Merck KGaA, Darmstadt, Germany was entitled to an order restraining MSD from describing itself in any printed or digital material addressed to the UK as 'Merck', and restraining MSD's use in the UK of the trade mark 'MERCK' alone.

The Judge also ruled that uses of MERCK as part of MSDs branding on its global websites were directed to the UK and infringed the German group's UK trade mark rights.

Today's Court of Appeal decision confirms the Judge's finding that use by MSD of "Merck" alone in the UK whether as a trade mark or a company name amounted to breach of contract.

MSD had appealed the Judge's finding on breach of contract on a number of bases including that (i) the Claimant had based its case entirely on breach of Clause 7 of the Agreement whereas the Judge had interpreted the Agreement as containing an implicit restriction on non-trade mark use which was not a construction the Claimant had argued; (ii) in addition, MSD claimed that the Claimant had only argued that trade mark use and not non-trade mark use was restricted by the contract. As a consequence the Defendants had not had an opportunity to prepare arguments to address the interpretation reached by the Judge. This was unfair and the decision should be set aside as a procedural irregularity.

Lord Justice Kitchin who gave the unanimous Court of Appeal Judgment accepted the legal proposition that it is not fair to decide a case on the basis of an issue that has not been pleaded and of which the parties have not had notice. Nor is it fair to decide the case upon the basis of a point which has not been argued unless (save in exceptional circumstances) the parties have been given a fair opportunity to deal with it.

However he held that all the uses pleaded by Merck KGaA, Darmstadt, Germany, irrespective of whether they were trade mark use or non-trade mark use, were alleged to have breached clause 7 of the contract. He therefore rejected the submission by MSD that use other than as a trade mark was not a pleaded issue. He went on to decide that the Judge's finding in respect of non-trade mark use was properly referable to clause 7 when interpreted in accordance with German law (the law of the contract). The Judge had not arrived at this conclusion by way of the implication of a term in accordance with any principle of English law but by having regard to the matters he was required to consider under German law including the Agreement as a whole, the true intention of the parties and other matters. He was also wholly unpersuaded that the course taken by the Judge had deprived MSD of an opportunity to adduce any further evidence or advance any further argument which might have affected the outcome.

MSD also appealed the finding that the uses on the "Merck" branded websites and social media pages were uses in the UK. They claimed they were directed at US and Canadian citizens, jurisdictions where MSD was permitted to use MERCK alone under the Agreement.

The Court of Appeal took the opportunity to review the law on whether use on websites and social media was targeted at the UK. It summarised the general principles which emerged from CJEU and UK first instance decisions. In particular they noted that the mere fact a website is accessible in the UK is not sufficient basis for concluding that an advertisement is targeted at the UK, and that the issue of targeting is to be considered objectively from the perspective of average consumers in the UK. The Judgment goes on to say that the intention of the trader to target consumers in the UK may be relevant as may other circumstances beyond the website itself, for example, the nature and size of the trader's business and the number of visits made to the website by consumers in the UK.

When applying these principles to this case, Lord Justice Kitchin held that MSD conducted its healthcare business in many countries around the world, including the UK and that business was at all material times supported and promoted by the websites in issue. They constituted an integrated group of sites which were accessible by and directed at users in the UK and other countries in which MSD trades. A person seeking information about MSD on a particular topic would be directed or linked to one of the websites from which that information could be derived. This allowed MSD to target inventors and scientists in the UK, to recruit people in the UK, to solicit suppliers, to seek licensing opportunities in the UK and to provide purchase order terms and conditions applicable to the UK. The social media activities of MSD were also directed at persons and businesses in the UK in just the same way as the websites.

As regards the trade mark infringement claim, MSD appealed on a number of grounds including that the Judge should have found that all the uses were non-infringing on the basis of honest concurrent use and/or the own name defence. MSD also claimed that the Judge had incorrectly applied the law in relation to what uses infringed and that his judgment was unclear as to which uses were in relation to goods and services (i.e. trade mark use) and which were not. MSD argued that even if there were infringing uses these were de minimis.

The Court of Appeal dismissed most of MSD's appeal on infringement but did consider that the Judge had not been sufficiently clear as to which uses were in relation to goods and services and which were not. It therefore remitted this question back to the High Court along with the question of whether the infringing uses were de minimis (although it thought this unlikely).

Lord Justice Kitchin held that the approach he had set out in the Court of Appeal decision in Maier v Asos could be stated more clearly. Essentially, if a term in a specification is sufficiently broad that it is possible to identify a number of sub-categories capable of being viewed independently then use in one sub-category would not count as use in relation to all the other sub-categories. This is to be considered having regard to the perception of the average consumer and purpose and intended use of the products and services in issue.

Applying this approach to the present case he noted that Merck KGaA had used the trade marks in issue in relation to pharmaceutical substances and preparations for the treatment of cancer, multiple sclerosis, infertility, endocrine disorders, cardiovascular diseases, peripheral vascular disorders, alcohol dependence, asthma, depression, parasitic worm infections, endometriosis and intestinal disorders. It had also used for Pharmaceutical cod liver oil. He decided that the term at issue was one that could be divided into a series of subcategories however the sub-categories that MSD had proposed were too narrow. It was also unclear whether the Claimant had used in relation to all the sub-categories or a substantial part of them (which may result in it being appropriate to maintain a registration for "Pharmaceutical substances and preparations"). Although the parties agreed that the decision would not affect the ultimate decision in the case, the Court of Appeal also remitted this question back to the High Court.

MSD had also appealed the relief granted by the Judge. The basis for the appeal was that there had been a one day hearing as to the relief to be granted at which a considerable amount of evidence and argument had been before the Judge. The arguments included proportionality of injunctive relief and issues surrounding geo-blocking of social media. Following the hearing the Judge had not provided the parties with a reasoned judgment.

Kitchin LJ held that in the circumstances of this difficult case the Judge ought to have given reasons before finding that Merck KGaA, Darmstadt, Germany, was entitled to injunctive and other relief. He therefore decided to also remit this question back to the High Court.

MSD have indicated they intend to appeal to the UK Supreme Court.