Local. Finland has decided to establish a local division of CFI.

Helsinki. It will be established in connection with the IP court (the Market Court).

One national judge and 2 judges from the pool.

Regulations in the UPC Agreement falling under the scope of legislation have been implemented by a so called blanket act. Certain amendments have also been made to the Finnish Patents Act (in accordance with the UP regulations and the UPC Agreement) and some other acts (i.e. the Code of Judicial Procedure, the Act Concerning the Safeguard of Evidence in Cases of Intellectual Property Disputes, the Criminal Code, and the Enforcement Code).

A summary of a report on the impact of the reform of the European patent system on Finnish companies (published in 2014) is available on the related link below. The report has been prepared in collaboration by Bird & Bird Helsinki and Boco IP Oy Ab.

Finland signed the Protocol on Privileges and Immunities (PPI) in June 2016. 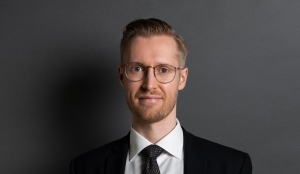