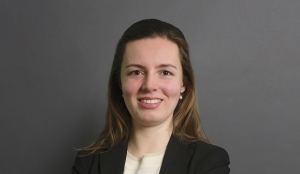 Sustainability is one of the ACM’s key priorities and various steps have already been taken to prevent misleading sustainability claims in the Netherlands. The ACM emphasized that clear, truthful and relevant claims will ensure consumers have sufficient information to take well informed decisions when purchasing products or services and will protect companies against unfair competition.

The ACM stated in its press release of 25 January 2022 that these two energy suppliers are the suppliers where ACM found the highest number of (misleading) sustainability claims. The two suppliers involved have not been disclosed by the ACM.

In its press release, the ACM provided some examples of the information it has investigated, including i) the extent to which energy suppliers claim to be sustainable, ii) the total volume of green power that is supplied, as well as its origins, and iii) the difference between green natural gas and CO2-compensated natural gas. Where the ACM finds evidence of breaches of consumer law, it may act before the end of the sector review.

The investigations in the Netherlands are following the launch of the Guidelines Regarding Sustainability Claims as published by ACM in 2021 (see our article and webinar explaining the Guidelines here). The Guidelines contain five rules of thumb for clear, truthful and relevant claims that will not mislead consumers, including practical examples for each rule of thumb. When publishing these Guidelines, the ACM had forewarned that the energy, fashion and dairy sector would be the first to be studied.

The Guidelines fall within the legal framework of unfair commercial practices (Article 6:193a of the Dutch Civil Code onwards). This means that the ACM can enforce compliance with these rules when sustainability claims contravene the Guidelines, also in other sectors.