TV services market sector inquiry: no need for immediate intervention, but the market will be closely monitored 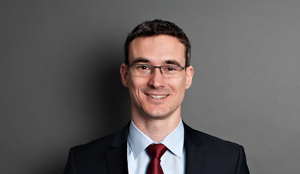 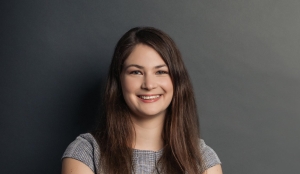 The Hungarian Competition Authority (the “GVH”) completed its sector-wide inquiry on the Hungarian media service and broadcasting services market as announced on 13 January 2022. The GVH has noted concerns regarding the lack of bargaining power of small broadcasters, competitive effects of tied services and practical difficulties switching among service providers. According to the GVH, such concerns are not so grave as to be grounds for immediate intervention, but it will closely monitor the market to spot eventual unfavourable developments.

The launch of the sector inquiry was the result of some smaller market players (mostly small broadcasters) reporting competition concerns and abnormal functioning of the market, and aimed to understand the consumers’ expectations from television providers and the business model, costs and competitive conditions effectively meeting these consumer needs.

During the inquiry, the GVH commissioned market analysis to understand consumer attitudes and business practice, requested data and contracts from market players, the National Media and Infocommunication Authority (the “NMHH”) and other associations such as Artisjus (Hungarian Copyright Office Association).

The GVH, in its final report (the “Report”), identified the following market characteristics and made several recommendations to serve consumer needs more effectively and to boost competition:

The GVH has found that larger broadcasters have much better bargaining power than small and medium-sized broadcasters, therefore they are able to conclude contracts with media service providers with much lower programming fee. The reduced fees are however reflected in consumer prices and generate other consumer benefits, such as increased business efficiency, faster access to valuable, innovative content and overall a better service. Additionally, advertising fees are also important revenue sources of media service providers, therefore they prefer those broadcasters that can deliver their advertising to more households resulting in more discounts.

GVH’s recommendation: it may be beneficial for small and medium broadcasters to take joint action and form joint purchasing organizations while complying with competition law.

In this regard the GVH also warned these companies that

(i) the cost reductions should be reflected in reduced consumer prices or higher quality of service,

(iii) the framework of cooperation must comply with the horizontal guidelines of the European Commission, and

(iv) the organization should aim to reduce the transactional costs of media service providers.

The GVH has found that various media service providers sell their services in a bundle resulting in reduced price for the individual channels as a general practice. This practice may squeeze other channels out of the television programme offer due to the limited number of TV channels. Nevertheless, taking into account the EU case law regarding bundling, the GVH noted that this type of behaviour can only give rise to substantive competition concerns if it is done by market players having significant market power.

GVH’s recommendation: it will continuously monitor the pricing practices of these media service providers having significant market power as bundling may have an unfavourable effect on consumer welfare.

The GVH has identified the relatively long contractual relationships between broadcasters and consumers as a practical problem. Under current legislation broadcasters may only conclude a definite contract up to one year, however, Hungarian consumers have been customers of their broadcasters for an average of 5.7 years.

GVH’s recommendation: it may be beneficial to further facilitate the process of switching from one broadcaster to another so that subscribers do not see this as a time- and energy-consuming process (similarly to the Netflix or HBO GO model). For this reason, the GVH recommends stricter control and sanction on the compliance with provisions on the termination of contracts and mentions that review of legislation may be called for in this regard.

Although the GVH noted in the Report that it has not identified significant competition law concerns regarding the practices of the market players that would require immediate intervention, it will closely monitor the market. The practices of the media service providers having significant market power will be in focus of the monitoring and the GVH may initiate competition supervision proceedings if it concludes that they abused their dominant position.