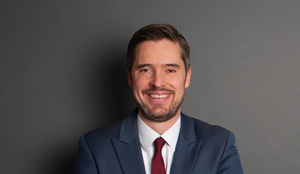 Kwasi Kwarteng, Great Britain’s Business Secretary, has announced an upcoming wide-ranging set of reforms that aim to strengthen and streamline the enforcement of consumer law.

The most critical change proposed is in relation to the Competition and Markets Authority’s (the “CMA”) powers. Under the new proposals, the CMA will have new powers allowing it to fine traders up to 10% of their global turnover for infringements of consumer law, plus civil fines for traders who refuse or give misleading information to enforcers. Equally importantly, the CMA can levy these fines itself, rather than having to bring an action in the courts.

Until now, the CMA has had responsibility for enforcing consumer law under the Enterprise Act 2002, the Consumer Protection from Unfair Trading Regulations 2008 and other legislation, but prior to now did not have the power to issue fines itself; rather the CMA would have to bring a civil or criminal action in the courts.

The CMA’s enhanced powers are likely to lead to a higher number of investigations and fines. Businesses selling to, or interacting with, consumers in Great Britain will need to ensure they comply in all material respects with consumer law, and compliance is likely to become a boardroom issue in a similar way that data protection compliance was when the GDPR came into effect in 2018.

Whilst the headline change is the CMA’s new powers to issue fines, there are a number of other important changes proposed, including:

What to do now?

We do not yet have clear sight of when and how these reforms will be implemented. That said, there are two key takeaways at this stage.

First, consumer law will become a material issue for any traders that sell to, or otherwise interact with, consumers in Great Britain. We would recommend that all consumer-facing traders assess their level of compliance now, before it becomes an issue for boards and to avoid becoming an early example case for the CMA.

Secondly, whilst Brexit did not result in any material deviations in consumer law between Great Britain and the EU, this will likely be the first time that Great Britain adopts a different approach. The Omnibus Directive is introducing similar levels of fines in the EU, but the changes set out above, plus the way in which the new rules will be implemented and enforced, will likely be different. Traders that sell to, or otherwise interact with, consumers across Great Britain and the EU will need to consider how to comply with these different rules, either with different local solutions, or a one-size fits all approach.

Bird & Bird’s International Consumer Law Group has consumer law experts in each of its 29 offices across Europe, the Middle East and Asia-Pacific. The Group regularly work with consumer brands on a cross-border basis, providing a one-stop solution in a way that complies with local laws and market practice.

We will continue to keep you updated as we have further information on the proposals. If you would like more information in the meantime, please contact the Head of our International Consumer Law Group, Robert Turner.