Workplace behaviours continue to be a focus in 2021 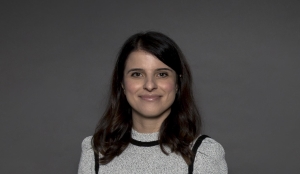 Sexual harassment is defined as any unwelcome sexual advance, unwelcome request for sexual favours or other unwelcome conduct of a sexual nature, in circumstances where a reasonable person, having regard to all the circumstances, would anticipate the possibility that the person harassed would be offended, humiliated or intimidated.

This includes a broad range of behaviours including sexually suggestive jokes or messages, intrusive questions about a person’s private life, unwelcome leering or touching and creating a sexually hostile or intimidating workplace environment.

The recent allegations made within the Federal Parliament include claims of a toxic workplace culture, misogyny, victim blaming, as well as claims of sexual harassment. Reports of rape were also made by two junior staffers. These complaints were further amplified by the alleged subsequent mistreatment of reporters by senior members of the government and Parliament staff who were reportedly told to ignore and play down the reports, or else their stories were dismissed entirely.

Given the media attention the allegations have generated, all employers are on notice, once again, about the increasingly low tolerance the Australian public has towards poor workplace behaviours such as these. This is particularly so where there is a perception that an employer has not acted adequately before or after they were put on notice of the unlawful conduct.

All employers in Australia have a broad obligation under Work Health and Safety laws to protect their workers, and to recognise and respond to any risks to health and safety in the workplace. Further, under the Federal Sex Discrimination Act 1984 (“Act”), employers have a specific obligation to take all reasonable steps to minimise the risk of sexual discrimination and harassment occurring. “All reasonable steps” are not defined by the Act; however they are broadly interpreted to include:

Whether an employer has taken all reasonable steps will depend on several factors including the size of the employer and available resources. In cases where employers are found to have failed in this duty they may be (and have been) found vicariously liable for the actions of the harasser.

Recent cases such as Hill v Hughes[1] and Ewin v Vergara[2] saw sizable damages of AUD210,563 and AUD170,000 being awarded to the victims in each case. The Courts also found the employers had failed in their duty of care to protect the victims and had allowed the growth of toxic workplace cultures which enabled the harassment.

Employers have a clear duty to protect their employees, but the practicalities of such a duty are not always so easily defined. To ensure best practice approaches to handling allegations of harassment, employers should consider: