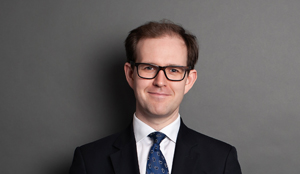 Today's CJEU decision in the case of Sky v Skykick at first sight comes as a relief to proprietors of registered trade marks. The CJEU has decided that the inclusion of broad terms in specifications such as "computer software" are not grounds of invalidity as being contrary to public policy. However the CJEU's decision that bad faith can be used to invalidate a trade mark where there is no intention to use and a broad specification has been filed without any rationale will give brand owners pause for thought.

Sky's trade marks are many and various, and registered in many countries across a broad range of trade mark classes. The trade marks are protected for the goods and services listed in their specifications, and the case itself included five EUTM "Sky" registrations across 22 different classes. Sky's protection is very wide: some of those registrations contained lists of goods and services over 8,000 words long. These included some very broad terms such as "computer software" (class 9), and "data storage" (class 38).

When Sky sued for trade mark infringement and passing off, the case turned out to be more complicated than anyone expected. It was heard before Mr Justice Arnold who is well known for his very detailed judgments in the English IP courts. (Now Lord Justice Arnold, after being sworn in as a Lord Justice of Appeal.)

The infringement claim was relatively simple. The Judge dismissed some of Sky's secondary claims, but did find that Sky was partially successful, agreeing that "SkyKick" infringed by being sufficiently similar to Sky's marks, and that it was being used for products and services covered by its registrations. He decided that some, but not all, customers may perceive SkyKick as a sub-brand of Sky.

It was SkyKick that posed the difficult questions. They pointed out that Sky was in a quite different business to them — media and entertainment - and not business tools. While it was true that some of their products related to computer software, Sky had no direct interest in cloud computing software tools, or for that matter many other types of software. Why then, they asked, should Sky be allowed to exert rights over other industries, just because they were using software? These questions came in the form of an invalidity attack.

The Judge's comments and questions to the CJEU

The Judge made his own opinion clear, finding that "registration of a trade mark for “computer software” is unjustified and contrary to the public interest because it confers on the proprietor a monopoly of immense breadth which cannot be justified by any legitimate commercial interest of the proprietor".

But that public policy view was only half of the issue. He went on: "It does not necessarily follow, however, that the term “computer software” is lacking in clarity and precision. Indeed, at first blush, it appears to be a term whose meaning is reasonably clear and precise."

Observing that it could make a significant difference to the outcome of the case, the judge decided to make a reference to the CJEU. The main focus of the referral was:

In a concise decision published on 29 January 2020, the CJEU answered "No" to the first question, dismissing the argument that lack of clarity and precision could be a ground for invalidity. It held that a declaration of invalidity may only be brought on the grounds set out in Regulation No 40/94.

More surprising was the CJEU's decision that general terms like "computer software" were not challengeable on the ground found by the Advocate General in his Opinion of 16 October 2019. The AG had taken the view that "computer software" (and possibly other terms such as "telecommunication services") were unjustified and contrary to the public interest because they confer on the proprietor a monopoly of immense breadth which cannot be justified by any legitimate commercial interest of the proprietor. As a consequence it was covered by the ground for refusal or invalidity of marks which are contrary to public policy or public order laid down in Article 3(1)9f) of Directive 89/104 and Article 7(1)9f) of Regulation Mo. 40/94. The CJEU did not agree with the Advocate General on this point which will be seen as a win for trade mark proprietors.

Many commentators have indicated the decision has maintained the status quo. However this would be to ignore the second part of the CJEU judgment (C above) which deals with whether the application to register an EU trade mark amounts to bad faith. Here the Court applied the test for bad faith to the application of a trade mark referring to its recent decision in Koton. Bad faith applies where the trade mark proprietor has filed the application not with the aim of engaging fairly in competition but with the intention of dishonestly undermining the interest of third parties or with the intention of obtaining an exclusive right for purposes other than those falling within the functions of a trade mark.

The Court went on to say that lack of intention to use the mark could amount to bad faith where there is no rationale for the application. Interestingly however, it set out a new test, defining the scope of the ground: such a lack of rationale could be established only where there is evidence to show that when the application was filed the applicant either:

(i) had the intention of dishonestly undermining the interest of a third party; or

(ii) of obtaining the right for purposes other than those falling within the functions of a trade mark (irrespective of any third party interests).

It is this second limb which leaves open the possibility of invalidating trade mark registrations for bad faith where it is possible to prove that the applicant had no intention to use the mark at the date of filing for the goods and services for which it is applied for. The main such 'function' of a trade mark considered by the CJEU was the use of a trade mark to indicate the quality or origin of products and services, although other functions have been recognised in the past.

The CJEU also held that where there was bad faith in relation to only part of a specification it was only that part which would be invalidated.

It will be interesting to see how the English Court applies the CJEU judgment to the facts in Sky v Skykick. Depending on the evidence it could still be open to the English Court to find that terms such as "computer software" were filed in bad faith. While the earlier judgment from contains hints as to how the same Judge might apply that finding, Mr Justice Arnold (as he was) has since been made a Lord Justice of Appeal. It therefore remains to be seen whether the High Court will appoint a different judge to hear the remainder of the case.

While at first sight the CJEU's decision will be welcomed by brand owners, there are reasons to be cautious in making trade mark applications containing very broad specifications or including broad terms such as "computer software". The CJEU decision has raised the possibility of such trade marks being attacked on the basis of bad faith where there is no rationale for such a broad specification. The test for what amounts to such a lack of rationale laid down by the CJEU will have to be interpreted and applied by the national Courts and trade mark offices. However a properly advised trade mark applicant should consider the implications of this Judgment before filing very broad specifications, particularly where such applications are filed defensively without there being any real intention to use.