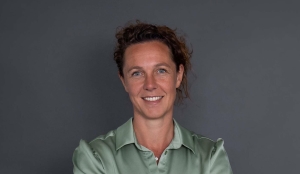 With competition policy increasingly focused on the digitalisation of society and economy, the European Commission (“Commission”) launched on 2 June a wide-ranging public consultation on its forthcoming Digital Services Act (“DSA”). As part of this consultation, the Commission is gathering input and evidence regarding what it calls the "gatekeeper" power of large online platforms. In parallel, the EU’s executive body is also seeking stakeholder views on a new competition tool in order to make competition rules fit for the digital age.


These consultations are open for responses until 8 September 2020. Views on the underlying Inception Impact Assessments can be submitted until 30 June 2020. The Commission has indicated that it will take into consideration the feedback received from both consultations with the aim of achieving a coherent outcome.

The Commission's main consultation is seeking input from relevant companies, other stakeholders and individuals on six specific areas including issues associated with the "gatekeeper" role of digital platforms [1]. In particular, the questionnaire is seeking information regarding any problems encountered by other players in the digital market and an evaluation of the concepts of "gatekeeper power" and" "market power".

Respondents are invited to provide input on whether they believe that there are "negative societal and economic effects" associated with the role of such large online platforms and if there is a need for the Commission to consider dedicated regulatory rules. The consultation also asks if there is a need for new rules and obligations that would prohibit certain practices by large platforms that are harmful for users and consumers.

This main consultation is open for responses until 8 September, 2020.

In a sign that the Commission's digital and competition services are working in tandem, under the oversight or Vice-President Margrethe Vestager, the EU’s executive body is also seeking stakeholder views on a new competition tool to ensure that competition policy and rules are fit for the modern economy.

In this context, the Commission is gathering views on a forthcoming proposal (Q4 2020) for a new competition tool aimed at addressing perceived gaps in the current EU competition framework and allowing for "timely and effective intervention against structural competition problems across markets".

According to the Commission, the policy options under consideration are part of a worldwide reflection about the need for a change to the current competition law framework to allow for enforcement action preserving the competitiveness of markets. This roadmap states: "The Commission's enforcement experience in both antitrust and merger cases in various industries points to the existence of structural competition problems that cannot be tackled under the EU competition rules while resulting in inefficient market outcomes."

The Commission document also says that increasingly concentrated markets can allow companies to monitor the behavior of their competitors and create incentives to compete less vigorously without any direct coordination (so-called tacit collusion). This issue may be exacerbated by the use of algorithm-based technologies.

Four policy options are currently considered by the Commission:

Options (1) and (2) would address unilateral conduct by dominant undertakings only and thus require the finding of dominance. Options (3) and (4) would cover all identified structural competition problems, including problems that are not necessarily related to dominance, e.g. tipping markets and oligopolistic market structures.

As to the scope of the different policy options, the limited scope of options (2) and (4) would enable the issues identified in markets most prone to such problems to be addressed. This could cover certain digital or digitally-enabled markets, as identified in the report by the Special Advisers [2]  and other recent reports on the role of competition policy, and/or other sectors identified as being especially prone to concerns due to entrenched dominance, high entry barriers, etc. The boundaries of the markets covered would need to be carefully designed. Options (1) and (3) would be applicable across all markets, similar to how Articles 101 and 102 TFEU are applied.

The remedies that could be imposed under all the policy options would be broadly similar in scope, as none of them would entail the finding of an infringement or the imposition of fines. A remedy would therefore not generate a right to launch damage claims, according to the Commission. The new tool would rather enable the Commission to impose behavioural and, where appropriate, structural remedies. As regards options (3) and (4), the Commission could also recommend legislative action to improve the functioning of the market. A rigorous market investigation should enable the Commission to establish a structural competition problem.

The goal of the consultation is to discover (i) whether there is indeed a need for a new competition tool and (ii) which characteristics such a new competition tool should have. The questionnaire therefore includes questions like the market features that can be a source for structural competition problems, market scenarios that qualify as structural competition problems and an assessment of the policy options including the investigative powers of the Commission under those options. One should also not overlook the question about the interplay of such a new tool with existing sector specific regulation, e.g. in relation to postal, energy or financial services, especially since it might not be limited to digital markets, but extend to highly regulated sectors such as telecoms, pharma or air transport.

The consultation on the New Competition Tool is open for responses until 8 September 2020. Views on the Inception Impact Assessment of the New Consultation Tool can be submitted until 30 June 2020.

Additionally, the Commission is requesting feedback on Digital Services Act roadmaps outlining various policy options, including one on ex ante regulatory instruments for very large platforms with significant network effects deemed to be "acting as gate-keepers" on the EU’s internal market. Options considered to regulate those large online platforms are:

The Commission is also requesting feedback on a roadmap on the Internal Market and clarifying the responsibilities of online platforms. This Inception Impact Assessment includes topics like fragmentation and reinforced cross-border cooperation, protection of citizens’ fundamental rights, significant information asymmetries and ineffective oversight.

Both roadmap consultations are open until 30 June 2020.

Bird & Bird’s lawyers and Regulatory & Public Affairs team are ready to support companies and organisations in preparing their submissions to the consultations.

[1] As announced by the Commission in its Communication on Shaping Europe’s digital future (link). The Commission said that it ‘will further explore, in the context of the Digital Services Act package, ex ante rules to ensure that markets characterised by large platforms with significant network effects acting as gatekeepers, remain fair and contestable for innovators, businesses, and new market entrants’.