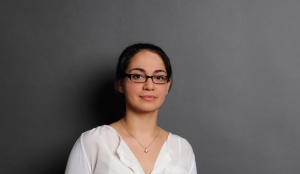 The new German Trade Secrets Act (TSA) has been the subject of numerous publications for the last few months. Among other significant changes, the TSA declares reverse engineering of a product as generally permissible unless expressly prohibited by contract or other laws. However, it still remains unclear if an all-encompassing exclusion is admissible, in particular with a view to antitrust law and statutory provisions on general terms and conditions. This article uncovers the legal limitations for a contractual prohibition of reverse engineering and proposes a template clause as an example of how to accommodate these limitations in the contracting practice.

I. Requirements of the TSA

However, care needs to be taken when drafting such exclusion. The explanatory memorandum to the TSA expressly requires such clause to be effective (BT-Drs. 19/4724, 26). In case the prohibition proves to be ineffective, the trade secret owner must not only fear that third parties will acquire the know-how embodied in the inspected product, but also that this know-how is no longer qualified as trade secret due to a lack of adequate protective measures, para. 2 no. 1 lit. c) TSA.

The fact that reverse engineering is now permitted is due to the decision of the legislator that the owner of a trade secret shall not be granted an exclusive right thereto (BT-Drs. 19/4724, 25). Rather, market players shall be able to benefit from and further develop existing know-how. The TSA aims at promoting innovation of market participants and therefore competition as such. However, a contractual prohibition to carry out reverse engineering restricts the obligated party’s economic freedom, be it in “horizontal” contracts such as research and development agreements or “vertical” contracts such as supply or licence agreements. For this reason, the question arises to what extent such clauses constitute restrictions to trade under Art. 101 TFEU and para. 1, 2 of the Act against Restraints of Competition (GWB).

This question can rather easily be answered within the scope of the European Commission's Block Exemption Regulations (BERs). Depending on the type of contract, regulations 316/2014 (technology transfer), 330/2010 (vertical agreements, supply and distribution agreements) and 1217/2010 (research and development) may apply.

BERs specify certain market share thresholds below which contractual relations between market participants are generally not considered harmful. This is based on the consideration that the agreements referred to in BERs mostly do not contain serious restrictions of competition and, therefore, generally contribute to improvements in production or distribution and allow consumers a fair share of the resulting benefits, see recital (8) of BER 330/2010.

In case the specific rules of a BER do not apply (either because the contract and/or the parties thereto do not fall within the scope of any BER or because the thresholds specified therein are exceeded), this does not mean that the specific prohibition clause is per se inadmissible under antitrust law. Rather, it must be assessed whether the clause constitutes a restriction to trade in the sense of the general rules in Art. 101 et seq. TFEU, para. 1, 2 GWB.

With regard to licence agreements on industrial property rights, clauses are considered invalid that impose restrictions on the licensee which exceed the material scope, territorial boundaries or term of the industrial property right (see Lober in Schulte/Just, Kartellrecht, 2nd ed. 2016, § 1 marginal no. 103, and Bechtold/Bosch in Bechtold/Bosch, GWB, 9th ed. 2018, § 1 marginal no. 83). While restrictions regarding the type, scope, quantity, territorial scope or term of the property right concern the very core of protection of the property right, all restrictions which the licensor could not have achieved based on his property right, but merely by licence agreement, are inadmissible; the latter would probably also apply to any prohibition of reverse engineering. It can only be speculated whether courts will apply this approach to trade secrets as well. It is true that the legislator repeatedly emphasizes in its explanatory memorandum to the TSA that it was not intended to establish industrial property rights on trade secrets. However, the BERs also refer to contracts concerning know-how, which implies that the legislator assumed technical property rights and technical know-how to bear structural parallels, at least in the field of antitrust law. Consequently, if the contracting parties exclude reverse engineering without limitations, there is a significant risk that courts will consider such exclusion to be invalid.

Irrespective of any parallels between trade secrets and industrial property rights, the prohibition clause should be limited in time such that reverse engineering shall (only) be prohibited until the product is freely available on the market. The prohibition of reverse engineering is not by its very nature a restriction that is solely detrimental to competition (as is the case with restrictions of competition “by object” such as price, quota or customer cartels). Rather, it can have both positive and negative effects on competition, depending on the individual case. It has to be examined in each specific case whether excluding reverse engineering contributes to improved efficiency, consumers are allowed a fair share of the resulting benefit, the prohibition is indispensable and if there is no potential to eliminate competition in respect of a substantial part of goods, art. 101 section 3 TFEU.

The exclusion of reverse engineering, just as its legalisation, ultimately promotes technical and economic progress, because companies will only invest in the development of new technologies if they can be sure that the investments will pay off. It is even conceivable that excluding reverse engineering could lead to even more competition if, for example, a cooperation or licensing between companies allows new players to enter a certain market to which they previously had no access. This is ultimately also to the advantage of consumers, because they can, for example, use new products (earlier), make use of improved services or benefit from the market entry of a new competitor.

However, these advantages only exist up to the point in time when the product in question is freely available on the market since after that a product may be reverse-engineered in any case, see para 3 section 1 no. 2 lit a) TSA. A prohibition exceeding the public launch of the product represents nothing but a restriction of competition to the detriment of the obligated party vis-à-vis other market participants who are free to carry out reverse engineering without any limitation. A legitimate interest of the secret owner is no longer apparent.

Therefore, the prohibition clause should be limited in time until the product is publicly available.

2. Limited prohibition is compatible with fundamental principles of the TSA

In day-to-day business, contractual arrangements are rarely negotiated individually, but are often based on standard terms and conditions. The prohibition clause must therefore also be compatible with para. 305 et seq. German Civil Code.

As the special provisions in para. 308, 309 German Civil Code do not apply, the assessment is limited to the question whether a prohibition of reverse engineering in general terms and conditions is in line with basic principles of para. 3 section 1 no. 2 TSA, see para. 307 section 2 German Civil Code.

As a consequence, only para. 3 section 1 no. 2 lit. a) TSA is relevant for whether para. 307 section 2 German Civil Code is violated. According to lit. a) reverse engineering is permitted in any case from the point in time when the product has been made publicly available, i.e. is freely tradable on the market (see Leister GRUR-Prax 2019, 175 [176]). As soon as a product is publicly available on the market, reverse engineering must therefore be permitted in general terms and conditions (see Reinfeld, Das neue Gesetz zum Schutz von Geschäftsgeheimnisse, § 2 marginal no. 32).

Excluding reverse engineering until the respective product is publicly available also does not constitute an unreasonable disadvantage contrary to the principle of good faith, para. 307 section 1 German Civil Code.

A violation of para. 307 section 1 German Civil Code requires a deviation from dispositive law which causes substantial disadvantages and the user tries to abusively enforce his own interests by unilaterally drafting a contract without sufficiently taking into account the interests of the contractual partner from the outset and without granting him adequate compensation (see Grüneberg in Palandt, 78th ed. 2019, § 307 marginal no. 12). A comprehensive assessment of the circumstances is required, in particular taking into account the nature of the contract, the typical interests of both parties, the views of the public involved and the objectives of the European legislator. A prohibition clause can therefore only be invalid if the exclusion is not objectively justified and the detriments suffered are not compensated by reasonable advantages which the user grants to his contractual partner by another clause or an individual agreement (cf. on the scale Wurmnest in MüKo-BGB, 8th ed. 2019, § 307 marginal no. 36 ff.).

Taking these principles into account, a temporary exclusion of reverse engineering does not constitute an unreasonable disadvantage. By granting access to a certain product or object - which is not yet publicly available - the user of the clause provides the obligated party with advanced knowledge (if not a competitive advantage) that the user usually has developed on his own efforts. In most cases, the development of the know-how and the production of the respective product have been preceded by high investment costs. The user therefore has a legitimate interest in maintaining this competitive advantage and in ensuring that his investment costs are amortized in the future.

In contrast, the obligated party can use the product based on the secret know-how in its own economic or scientific interest and derive benefits from it. The prohibition of reverse engineering strikes a balance between the interests of the parties by allowing the obligated party to use the product while ensuring that the holder of the secret remains in control of the underlying trade secrets. Unless the subject matter of the respective contract is also the transfer of trade secrets or know-how, it is perfectly justified that the user grants the advantage of using such a product to the obligated party only if the that party in return does not attempt to acquire the underlying know-how by itself.

Therefore, as long as the product is not freely available on the market, thereby giving the recipient the advantage of a competitive edge over other market participants, the exclusion of reverse engineering does not constitute an unreasonable disadvantage contrary to good faith.

The contractual exclusion of reverse engineering is therefore neither always permissible nor invalid. Rather, when drafting the clause, practitioners should take into account the particularities of the individual case and the relevant limitations under antitrust law and rules on general terms and conditions. Based on the considerations made herein, we propose the following template clause as a starting point for further contractual negotiations:

"Obtaining trade secrets by observing, examining, dismantling or testing a product which is in the lawful possession of the receiving party and which is based on trade secrets of the providing party shall be prohibited. This prohibition shall no longer apply as soon as the product in question has been made publicly available.”

The clause above is drafted to establish mutual obligations, for example to facilitate the negotiation position in NDAs. Especially in supply contracts, however, a unilateral prohibition to the benefit of the supplier is also conceivable (and in most cases preferable).

Depending on the termination provisions, it should also be ensured that the prohibition survives premature termination of the contract.