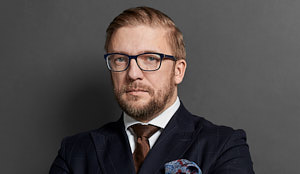 At the beginning of March 2019, the Prime Minister's office announced that the Polish budget would benefit from the introduction of a digital tax with a projected value of approx. PLN 1 billion per year. However in May, the Ministry of Finance postponed a further announcement to this effect.

In July, the Ministry of Finance announced that it was working on a draft bill for the taxation of certain digital services, the starting point of which would be the draft EC directive adopted in March 2019.

The plan to introduce a digital tax was also included in the Official Financial Plan of Poland for 2019-2022. The tax was scheduled to come into force from 1 January 2020. This document projects that the digital tax is expected to bring about PLN 217.5 million to the budget next year.

At the end of August, the government presented a draft budget for 2020, which did not include a digital tax.

At the beginning of September during his visit to Poland, Vice President Pence said at a press conference that the US " gratefully accepted the rejection" of Poland's proposal for a digital service tax in another demonstration of the geopolitical impact of such a tax. The following day, the head of the Prime Minister's office, Mr Michał Dworczyk, stated that there is currently no work being carried out in Poland regarding this tax.

Subsequently, the Ministry of Finance said that, although no receipts from this tax were recorded in the draft budget for 2020, the Ministry will continue to engage in discussions at the EU and OECD forums.

On 5 September 2020, the Prime Minister said that the Polish government would implement a harmonised digital tax that would apply in the European Union. "We are waiting for solutions proposed by Brussels and the OECD" and "at the political and implementation level works were ceded at this stage to the EU level".
Despite this, in February 2021, the Ministry of Finance presented a draft introducing a new tax on both conventional and online advertising. In terms of online advertising, the project was to be a partial implementation of the EU’s concept of digital tax. The aim of the proposed bill draft in the scope of the online advertising was is to tax "digital giants" whose global revenues amount to around PLN 3.4 billion (EUR 750 million), and whose revenues from online advertising in Poland exceed PLN 22 million (EUR 5 million).

Under the draft, the taxable base for the online advertising tax is the product of the overall revenue generated, regardless of where it is generated, from online advertising and the share, expressed as a percentage, of the number of recipients located on the territory of the Republic of Poland in the total number of recipients of Internet advertising provided by the taxpayer or group of entities to which the taxpayer belongs. The tax rate is 5% of the tax base calculated in the above-mentioned way.

The provisions of the bill have not been enacted and the discussion on it has stopped. Currently, it seems that the Polish government will not implement a digital tax, but will wait for the EU initiative. However, we may expect that if the discussion on the digital tax in Poland is resumed, its mechanism for taxing online advertising may be similar to that presented in the February draft of the bill.