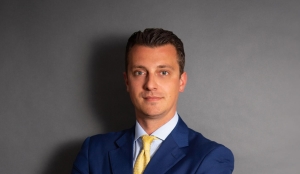 On 22 October 2019, the Dutch competition authority (Authority for Consumers & Markets (ACM)) launched a market study into the activities of the major tech firms (Big Techs) such as Apple, Amazon, Google and Facebook on the Dutch payments market. ACM will also examine whether the Chinese Big Techs such as Tencent and Alibaba are planning to enter the Dutch payments market as well.

The study is being done at the request of the Dutch Minister of Finance and will investigate whether Big Techs have plans to become active competitors on the Dutch payments market, what those plans are, and what impact these plans may have on consumers and businesses (E.g. introduction of new payment options? Restrictions for small businesses to enter?)

Why a market study?

The coming into effect of the second payment services directive (PSD2*) in February 2019 creates ample opportunities for competition and innovation in the payments industry, in both the Netherlands and Europe as a whole. Whilst the Netherlands was almost a year late with the implementation of PSD2 - and thus with the introduction of open banking that comes with it -, we have seen a boost of new entrants in the European payments sector and the UK in particular. As a result, traditional players in the payments industry (primarily banks and credit card companies) are being challenged by Fintechs and Big Techs.

ACM recognises that the entry of Big Techs may potentially carry anticompetitive risks. Big Techs may use their strong position in 'their' markets as leverage to dominate other markets. Their presence on,or even the mere announcement of entering the payments market could prevent other providers from entering that market or from launching innovations. In view thereof, ACM will look into the impact thatthe Big Techs’ entry into the payments market may create for competition (opportunities and risks).

Although ACM's market study is an independent study was initiated by a request from Dutch Parliament to the Dutch Minister of Finance, one may look at it in a wider context with some of the Big Techs already subject to scrutiny in relation to their payments related activities. For example:

- Spotify lodged a competition law complaint against Apple, related in part to the so-called Apple "In App Purchase" (IAP) payment method and the alleged 30% fee that goes with it (as well as other alleged technical limitation that Apple would impose with a negative impact on Spotify's business)

- It has recently been reported in the press that the European Commission sent out requests for information (RFIs) in relation to Apple Pay, and possibly the technical restriction placed by Apple on the NFC antenna in the iPhone and/or some mechanisms put in place by Apple to incentivise iPhone holders to favour payments via the Apple Pay wallet.

- Facebook announced that, together to other (payments and non-payments) companies it was considering launching LIBRA. This has given rise to various critical comments by financial services regulators around the world including in Europe, and well as EU high-officials.

ACM will interview experts and, in early-2020, send out a survey to Big Techs, Fintechs, banks, and other market participants, and will aim to share its findings by mid-2020.

Additionally, ACM invites market parties to get in touch and give input on questions such as:

Do not hesitate to contact one of our payments or competition experts if you have any questions about the ACM study, if you are being approached by ACM and look for support or if you are considering reaching out to ACM further to this investigation.

* Read here more about the implementation of PSD2 in the Netherlands.