A new kind of procurement: CJEU ruling on open-house contracts 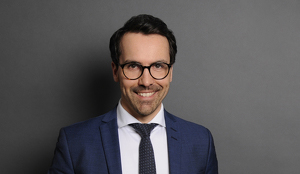 On 2 June 2016, the European Court of Justice gave a preliminary ruling defining open-house contracts at the request of the Higher Regional Court of Düsseldorf, and has now excluded them from the scope of classical procurement law. This decision is of enormous practical significance for public procurement exercises.

So-called open-house contracts are used when the public body chooses to contract with any and all interested companies using pre-defined conditions, instead of contracting with only one or a limited number of companies. This is especially relevant in the healthcare sector where economic or compliance factors play an important role.

In this case, a medical insurance company did not want to commit to one sole company for its supply of pharmaceuticals by means of an invitation to tender, but instead wanted to create delivery contracts with all companies that abide by certain contractual conditions and which accept the predefined price.

The question to be answered by the European Court of Justice was whether this contract was a public contract and therefore needed to be tendered according to the provisions of classic procurement law.

The European Court of Justice denied that a public contract existed in this for the following reasons:

In our opinion, the consequences of the judgment are the following:

Bird & Bird Public Procurement partner Dr Alexander Csaki developed the model at the heart of this case for the public principal. This model is now available for all public principals as a further form of procurement. Its application will be relevant as soon as public principals seek to acquire easily describable standard goods or when the procurement does not take place for the principal itself but for third parties (i.e. patients/physicians/social security insurers etc.).

In instances where the principal wants to obtain particularly favorable prices, the classic procurement model will mostly achieve the more favourable economic result.