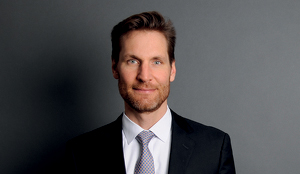 Sony Music Entertainment Germany, with its label EUROPA, is the leading German audio label for children’s radio play. In 2014, they entered the streaming business, which contributed to a large part of the sales revenue in 2020.

Tiger Media has developed the TIGERBOX®, a haptic audio player that plays audio plays and children's music purchased via TIGERCARDS® and is linked to its own streaming service via TIGERTONES®.

The two companies are establishing a long-term strategic partnership in the children’s entertainment market. Tiger Media's equity base will increase and Sony will gain access to an important digital growth market of the future. As part of the agreement, Sony will contribute its children’s content from the EUROPA label to Tiger Media's TIGERTONES® streaming service by 1 September 2021. TIGERTONES® will grow to more than 10,000 titles and represent the largest content offering in the children's audio box set sector.

Sony Music Entertainment Germany GmbH is a long-standing client of partner Stefan Münch. In June, the team advised them on their investment in a rap label and a booking agency.