The ACCC to move in a new direction with the appointment of Gina Cass Gottlieb as chair? 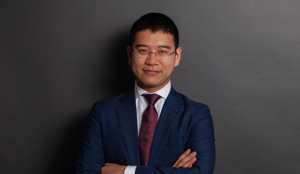 On 14 December of 2021, the government announced the nomination of Gina Cass-Gottlieb as the next chair of the Australian Competition and Consumer Commission (ACCC). Cass-Gottlieb will be the first female chair of the ACCC, replacing Rod Sims in March 2022 (subject to the approval of states and territories). A partner at Gilbert + Tobin for over 25 years, Cass-Gottlieb is regarded as one of Australia’s preeminent competition lawyers. The nomination of Cass-Gottlieb may well mark a new direction for the ACCC over the coming years, especially when viewed in context. Coupled with the recent appointment of previous HSF partner Liza Carver, and the current position of the ex-KWM Steven Ridgeway, it now means that approximately half of the Commission has been sourced from the private competition bar.

The ACCC has been successful under Sims, particularly in regulating big tech, as it published the landmark Digital Platforms Report in 2019. It also introduced the News Media Bargaining Code in 2021, which led to the negotiation of commercial content agreements between Facebook, Google and news media companies (even in the face of hostility). However, the ACCC’s track record is less successful when it comes to opposing mergers in the courts or Australian Competition Tribunal, having failed to prevent high-profile (and allegedly anti-competitive) mergers such as those between TPG and Vodafone, or AGL and Macquarie Generation. The ACCC is also facing difficulties in the banking cartel case. The case was already narrowed earlier this year when some charges were reduced or dropped. An experienced litigator, Cass-Gottlieb is expected to be strong on enforcement, which may lead to more ACCC enforcement actions and improved litigation outcomes.

A New Direction for the ACCC?

It is notable that government has nominated Cass-Gottlieb, an experienced competition lawyer, as the new chair. Former chairs Graeme Samuel and Allan Fels agree that it is appropriate for a lawyer to be nominated.[1] According to Samuel, there are growing indications from government that matters of policy should be left to the government, instead of being dealt with by corporate regulators. Samuel commented that ‘because she (Cass-Gottlieb) is a lawyer, she will focus on enforcement and be less focused on policy, which can sometimes be a diversion’.[2] If Samuel is right, the ACCC may take a new direction in placing greater emphasis on enforcement and less emphasis on law reform going forward.

On the other hand, it's quite possible that Cass-Gottlieb's new role as chair will provide her with new insights into the challenges and opportunities faced by the regulator, and she could well adopt a fresh approach than the one we’ve seen her use when representing corporates.

The direction of the ACCC under Cass-Gottlieb’s leadership will certainly be worth watching in the coming months, given the unique perspective she brings.