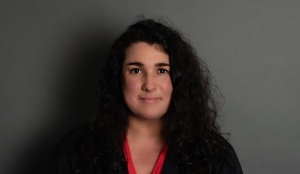 On 9 June 2021, the European Commission released its preliminary report presenting its key findings of its competition sector inquiry into markets for consumer Internet of Things (IoT) related products and services in the EU. This report was published following a sector inquiry launched in July 2020 as part of the Commission’s digital strategy. The findings are now subject to a public consultation, closing on 1 September 2021. The Commission’s analysis will also feed into its future enforcement and regulatory action.

The use of consumer IoT products are increasingly becoming part of everyday life and the sector is expected to grow significantly in the coming years.

The aim of the inquiry was to gain a better understanding of the consumer IoT sector, its competitive landscape, developing trends and potential competition issues.

The Commission’s initial concerns with the sector were that there might be a risk of gatekeepers emerging, who could use their power to harm competition, to the detriment of developing businesses and consumers. The Commission found many stakeholders shared its concerns.

The main findings of the report cover: (i) the characteristics of consumer IoT products and services; (ii) the features of competition in these markets; and (iii) the main areas of potential concerns raised by respondents regarding the current and future state of the sector.

Respondents to the inquiry highlighted the following potential concerns:

The Final Report will likely be published around the first half of 2022. Further information can be found in the Commission’s press release, and the full report can be found here.