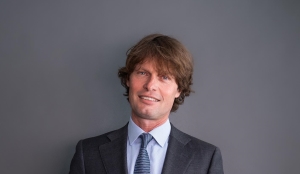 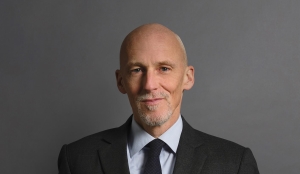 The exit of the United Kingdom has consequences in particular for the regulated television market. As of 1 January 2021, audiovisual media services licensed (only) by the UK regulator Ofcom will no longer be able to derive rights from the Audiovisual Media Services Directive (2010/13/EU) and its recently adopted revision (hereinafter jointly referred to as the AVMSD). The United Kingdom is henceforth considered to be a third country.

The Trade and Cooperation Agreement with the United Kingdom does not provide for any regulation of the television market (or any other media). This means that the cross-border supply of UK audiovisual media services, such as the BBC channels, is regulated in the EU Member States by national regulations and the treaties that still exist, including the European Convention on Transfrontier Television.

Under the AVMSD, media service providers from the UK benefited from the country of origin principle. Based on this principle, these providers could offer their content to the entire EU market under a licence granted by the UK regulator Ofcom. Before 1 January 2021, more than half of the roughly 2,200 European TV channels would be broadcast on the basis of an Ofcom licence. After 1 January 2021, the European Convention on Transfrontier Television can be invoked for part of the EU market. This treaty provides for "freedom of reception" and prohibits restrictions on "retransmission" of media services that meet certain conditions set by the treaty. However, the implementation of this treaty differs from country to country. Moreover, only 20 EU countries are party to the Convention. The Netherlands is not and neither are Belgium, Denmark, Greece, Ireland, Luxembourg and Sweden. This means that British media service providers must apply for a licence both in the Netherlands and in the other EU countries mentioned, which are not members of the European Convention on Transfrontier Television. Moreover, the European Convention on Transfrontier Television does not cover non-linear services (video-on-demand).

The BBC now has a European head office in The Netherlands, BBC Worldwide Holdings B.V. ("BBC Worldwide"), and by decision of 9 April 2019 obtained Dutch broadcasting licences for 33 international BBC channels through that office. The Commissariaat did assume that BBC Worldwide would, as promised, have its Ofcom licences revoked. When that did not happen, the Commissariat, in its Decision of 25 June 2019, retroactively revoked the permission again because of dual licensing (i.e.: permission by two competent regulators). Instead, the Commissariat granted consent subject to the suspensive conditions that BBC Worldwide demonstrate that (i) the UK has left the EU by 30 December 2019 at the latest and (ii) within 48 hours of the UK leaving the EU, BBC Worldwide has requested Ofcom to withdraw the licences. Now that it must be established that the first condition has in any case not been met, the Decree of 25 June 2019 does not provide for permission to provide broadcasting services in the Netherlands. Enquiries with the Commissariat revealed that a new decision has been granted on 1 January 2021, which provides for a provisional permission for one month. That decision will be published soon and it will then become clear how the Commissariat deals with this situation post-Brexit.

One question that has arisen is whether British productions still count towards the minimum quota for European productions. They do. Article 1(1)(n) of the AVMSD stipulates that European works include those originating from European third countries party to the European Convention on Transfrontier Television. The recently adopted revision of this Directive has not changed this situation.