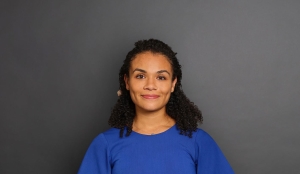 On 16 February 2021, the Amsterdam Court of Appeal (Court of Appeal) reversed a judgment of the Amsterdam District Court (District Court) in which the District Court declined jurisdiction in the damage claims brought by the Macedonian Thrace Brewery S.A. (MTB) against Athenian Brewery S.A. (AB) which is a Greek subsidiary of Heineken N.V. (Heineken). MTB commenced civil proceedings in the Netherlands claiming compensation for damages allegedly caused by both Heineken and AB for an abuse of dominance competition law infringement in the Greek beer market.

Although the Greek competition authority did not include Heineken in its abuse of dominance investigation and infringement decision, the Court of Appeal ruled that the Amsterdam District Court has jurisdiction over the civil claims of MTB against the non-Dutch entity AB as they are sufficiently closely connected to MTB claims against Heineken which is domiciled in Amsterdam.

In September 2014 the Greek competition authority imposed a fine of €31,5 million on AB for abusing its dominant position from 1998 until 2014 by foreclosing competitors from beer distribution and supply channels on the Greek beer market.

At the time MTB requested the Greek competition authority to also include Heineken in its investigation, but the authority considered that there was insufficient evidence and no sufficient reason of effectiveness which would justify expanding its investigation in that direction.

In 2017 the Administrative Appeals Court in Athens upheld the infringement decision of the Greek competition authority but lowered its original fine to €26,7 million. AB has filed a further appeal against this ruling at a higher administrative court in Greece.

Jurisdiction in the civil damage claims against AB and Heineken

On 9 May 2018, the District Court accepted jurisdiction over the claims against Heineken because of its domiciliation in Amsterdam, but declined jurisdiction over the claims against AB. In appeal the Court of Appeal reversed this judgment and ruled that the District Court has also jurisdiction over the damage claims by MTB against AB as they are sufficiently closely connected to MTB’s claims against Heineken. According to the Court of Appeal, it is expedient to hear and determine the claims of MTB against both AB and Heineken together in order to avoid the risk of irreconcilable judgments resulting from separate proceedings. Because in ruling on MTB claims against Heineken, the Dutch courts by definition have to make an assessment of AB’s conduct and the meaning of the infringement decision by the Greek competition authority. The Court of Appeal noted that only after all the requirements for establishing AB’s liability are met, the question arises whether also the additional requirements for establishing Heineken’s liability are met as well.

Abuse of procedural law and foreseeability

Furthermore, the Court of Appeal considered it was foreseeable for AB that it could be summoned before a Dutch court, given the fact that AB is part of the Heineken group and that it sells beer on the Greek market under the Heineken brand. For these reasons, the aspect of foreseeability does also not preclude jurisdiction of the District Court over the claims against AB.

The Court of Appeal applied in this case a low threshold for accepting jurisdiction of Dutch courts in competition law damage claims. Jurisdiction was accepted by the Court of Appeal because the court argued that ruling on the damage claims against Heineken will require in this case by definition an assessment of AB’s conduct and the meaning of the infringement decision of the Greek competition authority.

Interestingly, the Court of Appeal considered that for assessing jurisdiction it is of limited importance (and this is still in dispute in this procedure) whether Heineken exercises decisive influence on AB, whether Heineken and AB form one undertaking within the meaning of Article 102 TFEU and whether Heineken’s position is similar to the defendant in the Skanska case. The Court of Justice of the European Union (CJEU) ruled in Skanska that the concept of an undertaking cannot have a different scope with regard to the imposition of fines (public enforcement of competition law) as compared with actions for damages for infringements of EU competition law. Heineken argued that its position is not similar to that of the defendant in the Skanska case (which concerned a situation of economic continuity), so that it could not be held liable on this basis if AB would be held liable for the damage claims by MTB.

On remand, the District Court now has to rule on these and other remaining questions and assess whether Heineken and/or AB are liable for the damages as claimed by MTB.