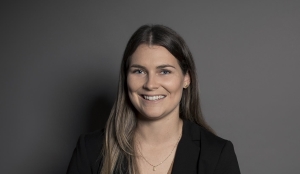 As an industry-first in Australia, Menulog has announced that it is reassessing its current independent contractor model, and trialling the engagement of its delivery drivers as employment relationships.

Menulog, along with industry rivals such as Uber and Deliveroo, is a household name in the ever-expanding gig economy. Each has previously maintained that the engagement of delivery drivers as independent contractors means that the drivers have flexibility in their hours and days of work. On the flipside, unions would say the key drawback of this is that as contractors, the drivers are not entitled to industry minimum wages and other protections.

The Transport Workers Union (TWU) conducted a survey in 2020 which found that the average food delivery driver makes $10.42 an hour, less than half of the current $24.80 national minimum wage for casual employees. A comparative survey conducted by Uber in 2021 found that its drivers earn at least twice this amount.

The union focus on the gig economy has further increased in the wake of recent health and safety concerns. It is of little surprise that the  demand for food delivery services  increased drastically during the COVID-19 restrictions. As a result, the union claims that drivers have been forced to work longer hours to meet the increased demand for deliveries. This increased demand and risks associated with the job has resulted in drivers experiencing increased health and safety risks, including in 5  fatal crashes over 11 weeks towards the end of 2020.  These fatalities, alongside pressure from the TWU, has triggered public support for the move away from the independent contractor model in Australia.

The change proposed by Menulog is also reflective of the changing landscape of the gig economy  in Europe and other jurisdictions.  In the United Kingdom, Uber has been required to provide minimum hourly rates for its 70,000 drivers. . This was following a decision by the UK Supreme Court that these drivers are classified as ‘workers’, an intermediary status between an employee and an independent contractor. The practical effect of this is that those workers are now entitled to protections including the  minimum wage.

Comparably, a recent judgment of the New Zealand Employment Court also considered the distinction between an independent contractor and employee in the context of a courier delivery driver.  While the Court in that case found that that delivery driver was an employee, it also emphasised that the decision was very fact-specific. Regardless, it does highlight that other jurisdictions are prepared to categorise these types of roles as employees, despite industry standards.


Is this the future of the gig economy?

Menulog’s European parent company, Just Eat Takeaway, has recently transitioned 2,000 courier drivers from independent contractors to employees in the UK, commencing from April 2021. This is undoubtedly a driving factor for Menulog’s Australian counterpart to trial a similar structure.

Menulog Australia has confirmed that the employment arrangement will require drivers to work exclusively for Menulog, and likely involve drivers to commit to shifts of minimum time periods. This will also provide those workers with access to entitlements such as the minimum wage, superannuation contributions and other minimum conditions. This has further tax implications such as the drivers changing from being responsible for their own payment of tax, to Menulog managing its employees’ PAYG obligations.

Inevitably, Menulog’s decision has raised the question of whether other food delivery services will follow suit. Deliveroo and Uber have previously expressed the view that their drivers would leave the company if they were transitioned to employees and required to work shifts. Both have stated they would favour the creation by legislators of a third ‘category’ of worker between contractor and employee similar to the UK approach,  which would allow them to give drivers  more benefit such as paid sick leave, without having to reclassify as employees, while preserving the flexible working arrangements for both parties.

Given the growing pressure by unions for food delivery services to shift towards an  employment model and the current resistance from Uber and Deliveroo (amongst others),  it is likely that this  will require either  federal law reform or evidence of success under the new model by Menulog to force an industry wide change. As the first industry player to make the transition, no doubt Menulog’s success will be a test-case for how compatible the gig economy will be with employment relationships.