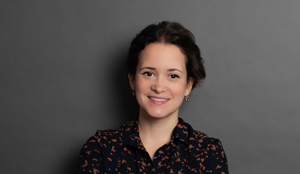 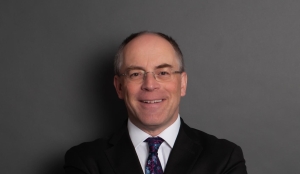 For decades the Competition and Markets Authority ("CMA") and its predecessor, the Office of Fair Trading ("OFT"), have worked in symbiosis with the European Commission ("Commission") on competition law enforcement and merger investigations. Following the UK’s decision to leave the EU and at the end of the Brexit transition period (set for 31 December 2020) this will change. Following earlier guidance on its role during the Brexit transition period, on 2 October 2020, the CMA published draft guidance ("Guidance") setting out the likely direction of its functions after the transition period, from 31 December 2020. This article summarizes the draft guidance, highlighting the key transition arrangements and beyond. It is important to note that the Guidance is a draft and therefore is subject to change. However, we do not anticipate significant variations to its current form.

Before Brexit and throughout the transition period, the Commission had exclusive competence in relation to mergers with a ‘Community dimension’ (based on the parties’ turnover worldwide and within the EU), including in relation to their effects in the UK market. This will of course change from 31 December 2020. While mergers with a Community dimension involving UK parties will still be subject to review by the Commission, it will no longer have exclusive jurisdiction in respect of the UK and mergers may therefore be subject to parallel merger investigations by the Commission and CMA. The Guidance stresses the importance of cooperation between the two competition authorities in such instances.

Cases initiated by the Commission include the following three scenarios:

After 31 December 2020, the Commission will continue to be competent for the monitoring and enforcement of any UK elements of commitments given in connection with decided EU merger cases. There is however an option to transfer responsibility for monitoring and enforcing the UK elements of the commitments to the CMA by mutual agreement between the two competition authorities.

At the end of the transition period, the CMA will no longer be prohibited from investigating a merger that is being reviewed by the Commission. This will therefore lead to the possibility of parallel notifications and ultimately increased costs for the parties involved. The Guidance encourages cooperation between the two competition authorities. This will not be difficult to establish as competition authorities across the EU have long established communication protocols.

The European Commission will continue to be competent for antitrust cases in the UK which it initiated before 31 December 2020. These cases are referred to as ‘continued competence’ cases. The position with respect to such cases will be the same as when the UK was still in the EU, which is that the CMA may not investigate the conduct or an agreement that is already the subject of a formally initiated investigation by the Commission until it has concluded its investigation.

Post Transition period, the CMA may open an investigation into competition concerns which are the subject of a European Commission Continued Competence Case insofar as those concerns relate to the effects of conduct which took place after 31 December 2020. Business participating in alleged competition law infringements that are under investigation by the European Commission and that continue after the transition period are therefore at risk of a parallel investigation.

The CMA will no longer apply the EU prohibitions after 31 December 2020. It will after that date only be able to investigate suspected infringements of UK competition law, in relation to conduct both before and after 31 December 2020. Importantly, the CMA will no longer be subject to Regulation 1/2003 (one function of which is to allocate competence between the Commission and national competition authorities), and anti-competitive behaviour will be at risk of dual investigations potentially doubling the risk of fines.

The Commission will retain competence to monitor and enforce commitments given or remedies imposed in relation to the UK in EU antitrust cases. This responsibility may be transferred to the CMA by mutual agreement.