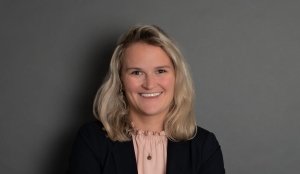 The food industry is a sector brimming with creativity and fast paced food innovation. Chefs, bakers, and food bloggers are constantly creating, adapting and following recipes in the pursuit of new ideas for delicious food.

Moreover, the UK restaurant industry is a valuable one with more than 86,000 restaurants contributing to its worth of over £38 billion in 2019. From a wider perspective, the food and drink industry is the EU's biggest manufacturing sector in terms of jobs and value added. These statistics raise important questions over what intellectual property rights are available to safeguard and protect such investments, and to what extent they may apply to recipes and food.

The short answer is that it is very difficult to protect recipes and food under copyright. Whilst a recipe could constitute a literary work for the purposes of the CDPA 1988, this would only protect the written recipe itself from being republished and it would not prohibit someone from following the recipe and making the dish (in other words, the manifestation of the recipe is not infringement).

The typographical arrangement of the recipe book could be protected, but this protection is narrow and would only prevent specific acts such scanning or photocopying the recipe book pages without permission. Alternatively, it could be argued that collecting pre-existing recipes and arranging them in a book would qualify for a database right, but again, this right is very narrow and relates to the arrangement of the recipes and does not protect the recipes themselves.

Interestingly, the Court of Justice of the European Union (CJEU) held in 2018 that the taste of a food product (in this case, a cream cheese with fresh herbs) could not be copyrighted because, according to the CJEU, a food product cannot not be expressed in a way that is sufficiently precise or objective to constitute a “work” for the purposes of the Copyright Directive.

Generally, it is thought that recipe creators need to accept a degree of copying in their industry, even when recipes are re-used in other competing books or food blogs. In this respect, food creators can continue to be inspired by others and to incorporate ideas from others.

Given the above difficulties, manufacturers often rely on trade secrets to protect their recipes. This type of protection can be very powerful and can last indefinitely if the recipe is strictly kept confidential and is not communicated to third parties. Even then, a third party could still attempt to reverse engineer the product. Famously, Coca Cola has protected its drink recipe since 1891 through the law of trade secrets.

In contrast to copyright, which protects the expression of an idea, patents can protect ideas themselves. Whilst recipes are patentable in theory, it can be very difficult in practice to overcome the hurdles of proving novelty and inventiveness when applying for a patent. The applicant would need to show that the recipe had not been used by anyone else anywhere. If novelty is established, the next challenge is to demonstrate that the recipe would not have been obvious to a person skilled in the art of food creation.

Given the above, it is more common for food manufacturers to patent food products or new methods of food production. For example, the meat substitute market has been experiencing explosive growth over recent years, and inventors are hastily applying to protect their food products. California-based company, Impossible Foods, has a number of European Patents for its plant-based food products which includes a plant based cheese.

In summary, whilst it remains challenging to comprehensively protect recipes and food using intellectual property rights, it is not entirely impossible. In fact, Nusret Gökçe (otherwise known as ‘Salt Bae’) succeeded in registering a motion trade mark for a video of him sprinkling salt over meat which went viral in 2017, and so perhaps there could be further movement in other areas of intellectual property rights.