COVID-19 in Spain: a retailer's perspective 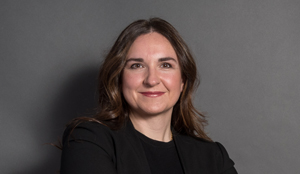 On 14 March the Spanish Council of Ministers issued the Royal Decree 463/2020, of 14 March, declaring the state of alarm for the management of the health crisis situation caused by COVID-19. This Royal Decree, which has been further amended as of 26 March 2020 and detailed by means of administrative orders, implemented some extreme measures with the aim of mitigating the said health crisis situation.

The Royal Decree and its development regulations sets forth, among others, the shutting down, as from such date and, at least, until 11 April, of almost all retail stores opened to the general public (but not of offices not opened to the public and manufacturing premises), with the exception of those operating in sectors which are deemed "essential".

In any case, crowds shall be avoided and consumers and staff shall be controlled to maintain a safe distance of at least one metre in order to avoid possible infection. Finally, the activity of any establishment which, in the opinion of the competent authority, may pose a risk of contagion due to the conditions in which it is being carried out, may be suspended. Other retail activities, such as public hotels and restaurants, are not allowed to open. In the latter case, only home delivery services may be provided.

In any case, the Spanish Minister of Health is able to modify, extend or restrict the measures, places, establishments and activities listed in the preceding paragraphs, on public health grounds.