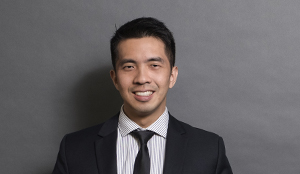 COVID-19 has disrupted all manner of businesses, requiring unprecedented coordinated action amongst the entirety of supply chains. Many companies face immediate challenges of low demand due to government-imposed lockdowns and workplace disruptions amongst others.

Companies have at some point and to varying degrees come together in their respective industries to negotiate better terms or to just get by. Such collaboration has to be carefully managed to avoid infringing competition laws in Singapore.

Other companies may face exceptionally high demand for their products and be tempted to raise the price of their services or products. This may also trigger various anti-competition and consumer protection concerns.

SMEs contribute to almost half of Singapore’s GDP. Generally, SMEs are unlikely to have the financial resources to weather extensive economic disruption and downturn. It is often tempting for companies in such unfavourable circumstances to collaborate with competitors by sharing sensitive information. They may also choose to fix prices or control production thus increasing costs for consumers.

As the economy begins to stabilise and for some sectors reopen, all companies should be cognisant of their obligations in the legal sphere and steer clear from infringing anti-competition rules.

While certain jurisdictions have implemented crisis rules temporarily relaxing restrictions and prohibitions against anti-competitive conduct, Singapore’s Competition Act remains in full effect and the Competition and Consumer Commission of Singapore ("CCCS") continues to engage industries and enforce the Singapore Competition Act during this time. There is no slackening of investigations into potential anti-competitive conduct either so commercial undertakings should certainly continue to steer clear of problem areas.

I. Collusion between competitors on price and other supply terms

Difficult times may invite the creation of crisis cartels that price-fix through agreements on certain services and goods. Companies in competition with one another may explicitly agree to maintain prices at a specified level.

For instance, in 2018 CCCS issued penalties against 13 fresh chicken distributors for price-fixing ad non-compete agreements. The 13 fresh chicken distributors had engaged in anti-competitive agreements to coordinate the amount and timing of price hikes while also agreeing not to compete for each other’s customers in the market for the supply of fresh chicken products in Singapore. Such behaviour led CCCS to issue an infringement decision on all 13 distributors. CCCS also noted that collusion does not have to be written down as a verbal understanding would be sufficient to prove that there was a prohibited collusion.

More recently concerns have been again been raised over alleged anti-competitive conduct among petrol retailers in Singapore. Responding to questions raised in Parliament, Senior Parliamentary Secretary for Trade and Industry, Tan Wu Meng noted that CCCS was monitoring the situation closely and would take enforcement action should evidence of anti-competitive activity surface. Dr. Tan also highlighted the findings of a 2017 study by the then-Competition Commission of Singapore that found refined petrol costs accounted for less than one-third of the listed retail petrol price in Singapore with no observable pattern or evidence of petrol retailers changing their prices in tandem. The 2017 study also found a “lack of ready access and awareness” of retail petrol prices among consumers arising from the various promotions and discounts offered by retailers and other partners, thus leading to greater efforts to improve the transparency of petrol prices.

Collaborating businesses should be wary of going beyond what is necessary and should not share competitively sensitive information which has the potential to reduce competition in the market during or after the COVID-19 crisis. Such practices entail competitors dividing up consumer markets and agreeing to stick to their chosen markets. This allows competitors to avoid direct competition and would likely result in raised prices for consumers.

In 2019, CCCS issued an infringement decision against a number of hotels for exchanging commercially sensitive information among them. Several hotels exchanged commercially sensitive information such as corporate room rates that had been negotiated on a confidential basis and discussed future price-related strategies to increase prices in subsequent contractual years. Without such an exchange, hotels would have to independently determine their conduct on the market and provide more competitive rates to corporate customers. CCCS concluded that there was a clear breach of the Competition Act and imposed financial penalties totalling S$1,522,354 to the parties involved.

Enterprises in a dominant market position may exploit the COVID-19 crisis by excessively raising prices of certain goods and services. In February 2020, the Consumers Association of Singapore (“CASE”) received hundreds of complaints on overcharging of face masks, thermometers and hand sanitisers. When demand for the mentioned supplies skyrocket, even smaller enterprises may become abusive as customers have no bargaining power or competitors to go to for such goods and services. This may result in excessive price gouging which potentially infringes on competition laws or consumer protection laws.

Another potential area of concern may be found in the rise of super apps or e-commerce related apps. Super apps are apps which provide an all-in-one experience to access many different services. Such apps can leverage on their high consumer traffic to potentially influence and control the pricing and supply of goods and services.

During the COVID-19 crisis, e-commerce has become the new digital normal. With Singapore’s retail industry looking bleak and dropping by 5.3 per cent year-on-year in January 2020, Singapore’s online grocery shopping is fast growing with RedMart and NTUC FairPrice investing heavily in an online presence. Even after the COVID-19 crisis is resolved, the role of e-commerce is likely to continue to grow. Super apps may tap on such trends and bring thriving e-commerce platforms and businesses under their wing to provide a holistic suite of services to a consumer. A good example of a super app is WeChat, which offers a wide array of features such as an e-wallet system for e-commerce and physical use, social media platform and citizen-government platform amongst others.

Considering the upward trend of e-commerce during and after COVID-19 and the technological improvements and potential collaboration between super apps and standalone companies, the high digital human traffic at super apps may compel businesses to work exclusively with successful super apps to maximise consumer outreach. In South-East Asia, successful apps such as Gojek and Grab have already expanded their business portfolio from ride-hailing platforms to payment and food delivery systems.

Super apps have the potential to reach a dominant position in multiple industries by rapidly gaining market share in a crisis – such as through offering consumers bundled discounts or simply through giving consumers the ease of accessing multiple services. As such, businesses may find it necessary to list their services on dominant platforms and may even commit to listing their services exclusively on these platforms rather than list on other apps. Subsequently, super apps may, after reaching a position of dominance, exploit and charge high fees for businesses that wish to list on their platform or increase fees for consumers. In the end, super apps may not be incentivised to innovate and provide better quality services or goods to consumers resulting in a general stagnation in the same.

Businesses may collaborate in safer ways without infringing on competition law but also profit from working together. Joint purchasing agreements involve an arrangement where companies jointly source for products or services together. The higher bargaining power from combined company strengths would possibly result in more favourable contract terms such as a reduction in the price of materials or goods required to make a final product sold by the companies.

Generally, such arrangements are less likely to give rise to competition concerns as parties are less likely to have the power to distort the selling market and harm the competitive position of other players in their respective selling markets. However, if such joint purchasing agreements have the effect of price-fixing, market allocation or output limitation, such agreements may still fall foul of competition rules.

Businesses should note that financial difficulty is not a defence to any breach of the prohibitions under the Competition Act except for certain mergers and acquisitions that would otherwise raise competition concerns. In the midst of the current economic downturn, mergers or acquisitions are options for certain businesses to carry on as a going concern.

In guidelines issued by the CCCS, mergers are likely to raise competition concerns if the merged entity will have a market share of more than 40%, or between 20%-40% if the post-merger concentration ratio of 3 of the largest firms is 70% or more.

There are no reported cases in Singapore that have addressed the failing firm defence but CCCS has issued guidelines and some guidance can be taken from other jurisdictions.

For the failing firm defence to apply, CCCS guidelines note that the business must be in such dire straits that "without the merger, the firm and its assets will exit the market in the near future". This may be a high bar to meet given the number of restructuring options available to distressed businesses such as schemes of arrangement, judicial management and an enhanced moratorium regime restraining any debt enforcement actions by creditors thereby offering distressed businesses the opportunity to do so.

The business must also have no "serious prospects of re-organising financially", and there should not be any other purchaser that would not raise or would unlikely to raise any competition concerns.

If competition concerns cannot be properly addressed, it remains possible that CCCS may allow the firm to fail and its assets, as a whole or separately, made available in the open market.

Special thanks to trainee Reuben Teng Han for his contribution to the article.

This article is produced by our Singapore office, Bird & Bird ATMD LLP, and does not constitute legal advice. It is intended to provide general information only. Please note that the information in this article is accurate as at 9 June 2020. We will continue to monitor the situation and provide updates on any changes as soon as these are communicated to us. Please contact our lawyers if you have any specific queries.