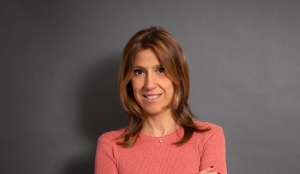 On 13 May 2020, the Italian law converting Law Decree no. 16 of 11 March 2020, containing "Urgent provisions for the organization and holding of the Winter Olympic and Paralympic Games Milan Cortina 2026 and the ATP Turin 2021 - 2025 finals, as well as on the prohibition of parasitic activities"[1]("Law Decree 16/2020") came into force, introducing a general regulation of so-called ambush marketing.

The provisions of Law Decree 16/2020 - although currently relevant and urgent in view of the important sporting events that will take place in Italy in the coming years (in particular, the Olympic and Paralympic Winter Games Milan-Cortina 2026 and the ATP Tennis Finals Turin 2021-2025) - provide for a structural regulation of ambush marketing, applicable in general to any sporting event or exhibition of national or international importance.

We provide below a brief overview of ambush marketing in Italy and a summary of the main related provisions introduced by Law Decree 16/2020.

Ambush marketing consists of the abusive association of an enterprise's image, brands or products with a major event of particular media appeal, in the absence of any sponsorship, licensing or similar relationship with the event organizer. In this way, the enterprise that carries out ambush marketing actions (the so-called "ambusher") unduly associates its brand with the event in order to exploit its media appeal, without bearing the related costs.

The expression "ambush marketing" was coined in the early 1980s by marketing expert Jerry Welsh, with reference to the exploitation of commercial spaces not covered by the official sponsors of sports events. The practice is, in fact, particularly known in the sports field, yet it can occur in all situations in which there is an abusive exploitation of the media appeal of a particular event or manifestation.

Ambush marketing has been defined by Italian case law as a multi-offensive practice, as it damages several subjects and, in particular:

Ambush marketing has long been recognised by Italian case law in the context of unfair competition, trademark and other distinctive signs infringement, as well as misleading advertising.

In particular, in the context of unfair competition under Article 2598 of the Italian Civil Code, ambush marketing conducts have been regarded as, depending on the case, parasitic competition, misappropriation or appropriation of merits.

In cases in which the ambusher also uses the trademarks or signs of the event, the infringement of trademarks or other distinctive signs may also occur.

In addition, the ambusher's conduct may also result in misleading advertising and, in the context of self-regulation, as a violation of the Code of Marketing Communication Self-Regulation.

Finally, ambush marketing may constitute a misleading commercial practice towards consumers under Article 21 of the Consumer Code.

Recently, the Court of Milan, with a unique decision in the Italian case law on ambush marketing, ordered a compensation for damages amounting to 1.8 million Euros plus interest for unfair competition acts which were, indeed, regarded as ambush marketing practices (see Bird & Bird with TIM S.p.A. wins important ambush marketing case, Italian only).

On the legislative level, it is worth remembering that, in the past, the Italian legislator had already decided to regulate the figure of ambush marketing with ad hoc provisions. Specifically, in view of the "Turin 2006" Winter Olympics, Law no. 167/2005 provided for the prohibition, effective until 31 December 2006, to "undertake parasitic marketing activities ("ambush marketing"), meant as activities parallel to those carried out by economic or non-economic entities, authorized by the organizers of the sports event, in order to obtain an economic profit"; another attempt to regulate ambush marketing, albeit with limited effectiveness, is represented by Law Decree no. 43/2013, which provided for the adoption of measures aimed at repressing ambush marketing actions on the occasion of Expo 2015; however, the Decree of the President of the Council of Ministers that was supposed to identify such measures has never been issued.

Article 10 of Law Decree 16/2020 prohibits parasitic, fraudulent, misleading or deceptive advertising and marketing activities in relation to the organization of sports events or exhibitions of national or international importance, not authorized by the organizers and aimed at obtaining an economic or competitive advantage. Specifically, the following conducts are considered parasitic advertising and marketing activities:

In order to safeguard the economic interests of parties other than the event organizer, Law Decree 16/2020 expressly provides that the above mentioned provisions are without prejudice to sponsorship contracts entered into with single athletes, teams, artists or authorized participants to the event.

Article 11 of Law Decree 16/2020 provides for a limitation in time for the prohibition of ambush marketing, providing that it shall operate from the date of registration of the logos, brands or official trademarks of the sports or trade fair event and up to 180 days after the official end date of the event.

The enforcement of the prohibition of ambush marketing is entrusted to the Italian Antitrust Authority ("Autorità Garante della Concorrenza e del Mercato – AGCM"), which may impose fines of up to 2.5 million Euros, unless the parasitic conduct constitutes a crime or a more serious administrative offence.

In any case, this is without prejudice to the application of the other law provisions aimed at protecting those affected by ambush marketing practices. Therefore, civil remedies (in particular, those provided for in the context of unfair competition) and consumer protection provisions remain applicable.

Finally, Law Decree 16/2020 modifies Article 8 of the Italian Intellectual Property Code by also including images reproducing trophies in the list of well-known signs that can be registered as a trademark only by entitled persons or with their consent.

[1] The title was amended by Law no. 31 of 8 May 2020 "Conversion into law, with amendments, of Law Decree no. 16 of 11 March 2020, containing urgent provisions for the organization and holding of the Winter Olympic and Paralympic Games Milan Cortina 2026 and the ATP Turin 2021 - 2025 finals, as well as on the prohibition of parasitic advertising", which replaced the words "parasitic advertising" with "parasitic activities".