The Budget that gets it done? 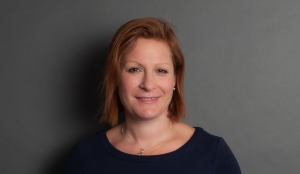 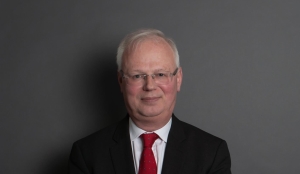 With the economic backdrop dominated by coronavirus (COVID-19), rather than Brexit, and a Chancellor only weeks into the job, Rishi Sunak had a challenging Budget to deliver. After the announcement of a £12bn package of emergency measures designed to help the NHS, businesses and individuals cope with the impact of COVID-19, the real headline was one of massive infrastructure spending and investment funded not by tax rises but by borrowing.

There hasn't been a Budget since Autumn 2018, but most of yesterday's tax changes were originally announced at that Budget and have therefore been long trailed. Despite rumours to the contrary, the digital services tax will come into force next month as will the changes to the off payroll working rules (IR35). The only big change from the 2018 Budget was announced by the Prime Minister in the election campaign: corporation tax will remain at 19% rather than falling to 17% in April.

The Chancellor announced that the lifetime limit on gain eligible for Entrepreneurs' Relief will be reduced from £10 million to £1 million per person. This is not as bad as expected, with many speculating that the relief would be abolished completely. The reduction will not affect over 80% of those using the relief including most employees disposing of enterprise management incentive shares. This change should therefore not deter individuals from investing in small and medium sized businesses or employers from incentivising their employees by granting them enterprise management incentive shares.

It has further been announced that the government will review the EMI scheme and examine whether more companies should be able to access the scheme.

As part of the government's continued commitment to stamp out the use of disguised remuneration tax avoidance schemes and to ensure the users of such schemes pay their fair share of income tax and National Insurance contributions, a new loan charge was announced at Budget 2016 which would be charged on outstanding disguised remuneration loan balances as at 5 April 2019. Following an independent review of the loan charge, the loan charge was deemed appropriate and so to implement the recommendations of the review, legislation will be introduced in Finance Bill 2020-2021.

The government is also looking to review the current standards of tax advisers with the aim of raising those standards to provide assurance to taxpayers that they are receiving reliable advice.

At Budget 2018, the government announced that it would reform the off-payroll working rules in the private and third sector from 5 April 2020. Following conclusion of its review of the reform, the government confirmed that the reform will be legislated in Finance Bill 2020 and implemented on 6 April 2020 as previously announced. As a result, from that date, larger private sector organisations will be subject to the same off payroll working rules (known as IR35) as public sector bodies and agencies. These rules state that where an individual provides their services through a personal services company (PSC), if the underlying relationship with the end user (ignoring the PSC) is one of employment, the tax and NICs saved is imposed on the PSC. For smaller private sector organisations, however, it will remain advantageous to engage consultants through PSCs so as to pass on compliance risks.

In Finance Act 2018-19, the government introduced a targeted market value rule to prevent artificial reduction of the tax due on share acquisitions when listed shares are transferred to a connected company.

This rule is being extended to unlisted shares in Finance Bill 2020 to prevent further tax avoidance. As a result, transfers of unlisted shares to connected companies will be subject to the market value rule, where there is an issue of shares by way of consideration for the transfer, for Stamp Duty and Stamp Duty Reserve Tax purposes.

As part of this change, the government will amend legislation to prevent a double tax charge arising on certain company reorganisations, for example most share for share exchanges.

Review of the UK funds regime

The government will review the UK funds regime in 2020, starting with a review of the VAT charged on fund management fees. Additionally, the government launched a consultation (open until 20th May) in order to gather evidence and explore the attractiveness of the UK as a location for the intermediate entities through which alternative funds hold fund assets.

In a welcome move, the Chancellor announced an increase in the rate of the Research & Development Expenditure Credit from 12% to 13% from 1 April 2020 together with a consultation on whether expenditure on data and cloud computing should qualify for R&D tax credits.

Despite rumours that the introduction of DST may be postponed in light of OECD developments and pending US trade talks, the government confirmed that, as previously announced, DST will be introduced at the rate of 2% from 1 April 2020. DST will be payable on an annual basis. However, it was confirmed that DST would be repealed once a global solution is in place. Given the aim of the OECD of implementing a global solution by the end of this year, time will tell whether UK's DST is here to stay.

The Chancellor made it very clear that the government was focused on growing a greener economy. In addition to the below, the government announced the carbon capture and storage infrastructure fund to establish at least two plants in the UK, as well as the introduction of new grants and tax breaks to reduce vehicle pollution.

Introduction of tax on plastic packaging

In continuing its commitment to get the UK to choose the cleaner energy source of electricity and to re-balance rates by 2024-2025, the government has increased the gas rates under the Climate Change Levy for 2022-2023 and 2023-2024 and has frozen electricity rates.

The government will introduce a 2% surcharge on non-UK residents purchasing residential property in England and Northern Ireland from 1 April 2021 (rather than the 3% charge in the Conservative manifesto pledge). This is to support UK residents to get onto and move up the housing ladder and to control house price inflation. The money raised from the surcharge will be used to help address rough sleeping.

At Budget 2018, the government set out that new non-residential structures and buildings were eligible for a 2% capital allowance for all contracts for physical construction works entered into on or after 29 October 2018. This was to address a significant gap in the UK’s capital allowances regime and improve the international competitiveness of the UK’s tax system.

It has now been announced that the rate will increase from 2% to 3%. The change will take effect from 1 April 2020 for corporation tax and 6 April 2020 for income tax. It is estimated that this increased rate of relief will provide businesses who invest with over £1 billion in additional relief by the end of 2024-25.

Following announcements at Autumn Statement 2016 and Autumn Budget 2017, it is confirmed that the taxation of UK property profits of non-UK resident companies will be subject to Corporation Tax on their gains rather than Income Tax.

Not only is Budget 2020 about spending but it is also about improving business and consumer cash-flow during the Covid-19 crisis, evidenced by the emergency interest rate cut and as announced yesterday, a 1 year 100% cut for 2021 in business rates for smaller retailers including those in the hospitality and leisure sectors. Pubs will also benefit from a £5,000 increase in a business rates discount, and local authorities will be compensated for the loss of income as a result of these measures. A fundamental review of business rates will follow in the autumn.

• a 0% VAT rate for digital publications from 1 December 2020, in time for Christmas sales. This will make it clear that e-books, e-newspapers, e-magazines and academic e-journals will be entitled to the same VAT treatment as their physical counterparts. The government expects the publishing industry, including e-booksellers, to pass on the benefit of this VAT rate reduction to consumers. The government is entitled to take this move as a result of powers given by the EU in 2018 to reduce VAT rates for e-publications and it will be consulting on the details of the legislation ahead of its implementation.

• a 0% VAT rate will be applied on women’s sanitary products from 1 January 2021. This is the first of what may be several VAT rate changes in the future which the UK can make unilaterally post-Brexit.

With reference to Brexit, the government has stated that it wants to make the most of the opportunity of leaving the EU to make the UK's VAT and excise system more business-friendly, while continuing to recognise the significant contribution of VAT and excise towards the UK's public finances. With this in mind, the introduction of postponed VAT accounting is confirmed for post-Brexit imports of goods from 1 January 2021, which will change the time when import VAT is due to HMRC and will allow registered businesses to account for VAT on goods they import from all countries, including the EU, on their periodic VAT return. This is intended to provide a timely cash flow advantage for UK businesses which are integrated in international supply chains as they seek to adapt to the UK’s position as an independent nation from the EU. Linked to this the government will launch an informal consultation with stakeholders this year on the VAT treatment of goods from overseas sellers, which will include consideration of low value imports and goods located in the UK when sold to UK consumers.

The threshold income for the tapered annual allowance of £40,000 for pensions is to increase to £200,000. This means that from 2020-21, individuals with income below this level will not be affected by the tapered annual allowance. However, the minimum level to which the annual allowance can taper down from £40,000 will reduce from £10,000 to £4,000 for individuals with total income over £300,000. The lifetime limit will increase to £1,073,100 for 2020-21.
The government will consult on the tax impact of the withdrawal of LIBOR to ensure that tax legislation continues to operate effectively where LIBOR is made reference to and to highlight all significant tax issues arising from the reform of LIBOR and other benchmarks.

Although the majority of COVID-19 measures were on the expenditure side (eg the government bearing the cost of 14 days of statutory sick pay for employees of small and medium-sized businesses), there were a few tax specific items as well. These included providing support to businesses and self-employed individuals in financial difficulty who owe tax through a dedicated COVID-19 helpline. An additional 2,000 call handlers will be made available to help taxpayers agree bespoke "time to pay" arrangements which should allow them a limited deferral period. In addition, the government announced a £12.5 million investment on the implementation of a new "breathing space" scheme. This will not come into effect until 2021 but is intended to permit those with problematic debt to access a 60-day breathing space for debts to HMRC during which they take debt advice and work towards finding a way to pay off those debts.

HMRC has been set a target of collecting an additional £4.7bn by tackling tax avoidance, evasion and other forms of non-compliance, although unlike in previous years, there were no specific loopholes or schemes that were announced to be closed down. Instead, from April 2021, large businesses will be required to notify HMRC when they take a position that HMRC is likely to challenge. This announcement is in line with international accounting standards, but the government will consult on the notification process.