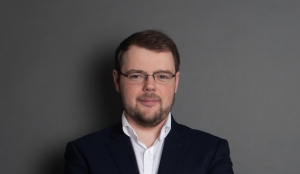 The Croatian Presidency of the EU has issued an amended proposal for an e-Privacy Regulation, to be discussed during the meeting of the Working Party on Telecommunications and Information Society on March 5 and 12. Negotiations have been ongoing for a number of years and the previous Finnish Presidency had tried unsuccessfully to reach a political agreement last November.

Currently, the Croatian Presidency is proposing to simplify the text of some of the core provisions and to further align them with the General Data Protection Regulation, which may prove to be a controversial move. Highlighted below are some of the most important amendments for industry in the latest draft.

However, crucially, the proposal does make it clear that the use of legitimate interests cannot be used in order to determine the nature or characteristic of an end-user or to build an individual profile on them.

Furthermore, one of the main changes in the latest draft is the ability to rely on the legitimate interests of the service provider as the lawful basis for the collection of information from end-users' terminal equipment (including through the use of cookies and other tracking applications). The draft seems to focus on mobile phones and similar terminal equipment but leaves aside security issues that may arise from modems and routers. These obligations are particularly relevant in view of the forthcoming BEREC Guidelines on common approaches to the identification of the network termination point in different network topologies.

As with the previous proposal, the new rules should not prohibit the processing of electronic communications data (content and metadata) without the consent of the end-user for the purposes of ensuring the security of electronic communications services, including availability, authenticity, integrity or confidentiality. This should cover processing for the purposes of checking security threats such as the presence of malware or viruses, or the identification of phishing.

The ability to facilitate end-user consent through software settings remains in place as does the option to rely on consent, which would only now be useful in the context of profiling and determining the characteristics of a user now that legitimate interests have been introduced.

One of the other sections that remains in the latest draft is the obligation for electronic communications networks or service providers to, where necessary, implement appropriate security measures such as encryption and pseudonymisation to ensure the privacy of the end-user.

It is notable that the Presidency text is moving further away from the European Parliament's position, which will make negotiations between the two legislative bodies more difficult if a Council agreement on this text is reached in the near future. We believe the work on this proposal may still have a long way to go. The amended proposal can be viewed here.

Sign up for our monthly Connected newsletter to stay up-to-date with the latest regulatory and public affairs issues.