Employers may claim repayment in cases of false self-employment 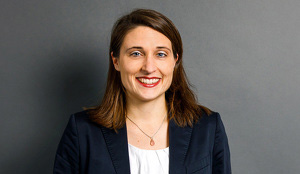 A freelancer will usually receive a higher amount of compensation compared to an employee carrying out the same tasks. The German Federal Labour Court has now confirmed an employer's claim for repayment of such overpaid amounts, where a supposed freelancer relationship ultimately turned out to be an employment relationship.

False self-employment can bring about risks with regards to labour, social, tax and criminal law for both the employer and employee, and is therefore an everyday hot topic for HR professionals. The commonly perceived downside of false self-employment is the employer’s obligation to (retroactively) provide social security and potentially also income tax contributions. However, a rarely recognised upside is the employer’s potential claim for repayment of overpaid compensation against the employee, which was currently confirmed by the Federal Labour Court with an amount involved of EUR 100,000 (decision from 26 June 2019, 5 AZR 178/18).

What is false self-employment?

Why can the employer potentially claim repayment in cases of false self-employment?

The employer’s claim is based on the assumption that a freelancer is usually paid more remuneration than a comparable employee carrying out the same tasks. The employee, in turn for receiving less salary, has a higher level of protection against unfair dismissal and benefits from the additional employer’s contributions to the social security system (e.g. insurance against unemployment, health insurance etc.) A freelancer on the other hand not only bears entrepreneurial risk (e.g. no protection against unfair dismissal), but also has to pay any insurance out of their own pocket, which are among the reasons for the payment gap between freelancers and employees performing similar tasks.

What are the preconditions for such a claim?

The next step is to show the payment gap between the remuneration of a freelancer (which will usually be known from the invoices provided in the past) and the salary of a comparable employee performing the same tasks, e.g. by referencing an applicable collective agreement in the field of work or taking into account salaries of actual employees at the employer’s operation who are performing the same tasks. For previous cases that have been determined as an employment relationship, the employer can then claim against the employee for repayment of such overpaid amounts.

False self-employment usually triggers attention amongst HR professionals due to the far reaching negative effects it can have for the employing company, including social security, tax and in the worst case criminal law implications.

A rarely noticed upside in this context is the employer’s potential claim for repayment of overpaid compensation, due to the fact that freelancers are usually paid more than comparable employees carrying out the same tasks. Where false self-employment is ultimately revealed, due to an employee’s initiative towards the end of the supposed service agreement, it is certainly worth assessing a claim for repayment, which can be substantial.