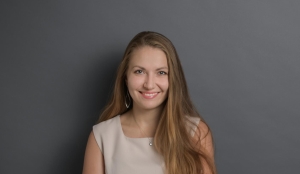 Lockdown, shutdowns, drops in revenue and related negative impacts of the COVID-19 pandemic faced by companies even still operating and in a healthy state have prompted the Czech government to respond to this situation and implement statutory measures to mitigate such impacts (the so-called LEX COVID), also in the area of insolvency. Most of such measures are only temporary during the extraordinary measures taken by public authorities during the COVID-19 pandemic. LEX COVID, which brings the below-mentioned changes, has already been enacted and came into force on 24 April 2020.

Current insolvency law does not reflect the temporary nature of businesses' inability to pay their obligations caused by the existing pandemic. It is expected that businesses will be able to restore their operations and preserve jobs once the extraordinary measures are removed and business resumes. The excessive strictness of the existing insolvency rules in the current situation could lead to not only the collapse of the business sector, but the justice system as well.

What are the key changes that LEX COVID brings to Czech insolvency regulations?

Under the Insolvency Act, an entrepreneur (a legal entity or an individual) must file an insolvency petition without any undue delay after it becomes aware of its insolvency or should have become aware of it in the exercise of due care. A company's temporary financial difficulties caused by a significant drop or shortfalls in revenues due to the pandemic could lead to insolvency and the individual entrepreneur or members of a company's statutory body should file an insolvency petition. The breach of the obligation to file the insolvency petition is penalised by the liability for damage caused to a creditor. Moreover, other legal sanctions on the members of the statutory bodies for the breach of the duty of due managerial care in the insolvency situation (e.g., a return of any benefit obtained under the Executive Service Agreement or liability for the fulfilment of the company's obligations under the Business Corporations Act) or potential criminal liability are not excluded.

Unlike the standard moratorium, the conditions for a declaration of the extraordinary moratorium will be much simpler as evidence of the consent of the creditors' majority or submission of some of the documents usually requested (e.g., a list of debts) will not be required. However, the proposal for the extension of the extraordinary moratorium by up to three months will be subject to the consent of the creditors' majority. A debtor must also enclose an affidavit with the application stating that: (i) the extraordinary moratorium is proposed due to the extraordinary measures imposed in the epidemic; (ii) the debtor was not insolvent as at 12 March 2020; (iii) within two months before 12 March 2020 or after this date, the debtor neither paid out any extraordinary dividends to shareholders, entities controlled by shareholders or controlling them, or members of corporate bodies, nor otherwise distributed own resources or provided to such parties any exceptional performance, including early repayment of a credit or loan, or that such provided performance has been returned back to the debtor; and (iv) all the information contained in the filings is true.

The debtor is entitled to pay, with a priority, the obligations directly related to the maintenance of the operations that occurred after the moratorium was declared. Once the proposal for the extraordinary moratorium is submitted, the debtor is, however, obliged to make all efforts to satisfy the creditors to the greatest possible extent, and to give priority to the creditors' common interest over his own interest and those of third parties. During the extraordinary moratorium, none of the restrictions imposed by the Insolvency Act in relation to the disposal of estate prevent the debtor from using the public aid for businesses to mitigate the effects of COVID-19.

LEX COVID also affects debtors whose insolvency is solved by debt relief in the form of a payment schedule. The debtors, whose insolvency was declared before 31 May 2019 (i.e., prior to the effectiveness of the so-called debt relief amendment), should be newly protected. For instance, in situations where a failure to comply with a substantial part of the payment schedule – caused by the circumstances related to extraordinary measures imposed in the epidemic – will not be a reason for the termination of the approved debt relief. Insolvency courts will also be entitled to exempt debtors from paying off their debts included in the debt relief. A debtor must prove that he/she has not caused the failure to meet the required thresholds, for example if it were impossible or excessively difficult to meet the conditions of the debt relief due to the extraordinary measures imposed in the epidemic.