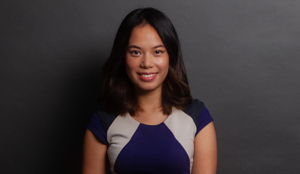 From 1 July 2020, advertisers of medicines will no longer be required to seek pre-approval from the Therapeutic Goods Administration (TGA) for advertisements of therapeutic goods in mainstream media (including magazines, newspapers, advertorials or competitions), broadcast media, cinematograph films and displays about goods (including posters).

The TGA will continue to regulate the advertising of therapeutic goods and advertisers must continue to ensure that they are fully compliant with the Therapeutic Goods Act 1989 (TG Act) and the Therapeutic Goods Advertising Code. Advertisers making "restricted representations" in their advertisements, such as a reference to a serious form of a disease, must still seek pre-approval from the TGA. Importantly, any reference to COVID-19 is a restricted representation.

Despite the removal of this pre-approval requirement, the TGA remains vigilant and active in enforcing the advertising requirements for therapeutic goods. Since January 2020, the TGA has issued 15 fines totalling $1,151,640 for unlawful advertising.

To ensure that you are not on the receiving end of an infringement notice from the TGA, advertisers of therapeutic goods should have in place comprehensive self-review processes for advertisements prior to publication.  Regular training of relevant employees in relation to the relevant provisions of TG Act, the Therapeutic Goods Advertising Code and the Australian Consumer Law are also imperative.