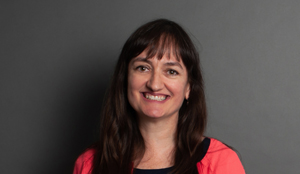 On 11 March 2019 Mr Justice Henry Carr handed down a judgment in the case of TQ Delta v ZyXEL finding that one standards-essential patent was valid, essential and infringed. A second patent lacked inventive step.

However, the valid patent was due to expire in a few months - on 25th June 2019. The Defendants argued that the grant of an injunction at this late stage in the patent's life would be disproportionate and secondly, if rejected, the injunction should be stayed or there should be a carve-out to permit ZyXEL to supply certain orders.

On 18 March Carr J heard the parties submissions on the relief and gave an oral judgment with a written, more reasoned decision to follow. This was published on 29 March.

One might expect that with a SEP a few months away from expiry at the date of judgment, and with a RAND trial to follow, the Court would be reluctant to grant an injunction.  However, the circumstances of this case persuaded the Judge to grant an injunction, refuse a stay and refuse the carve out requested.

The Court accepted that ZyXEL's behaviour was one of “hold-out”. They had not paid any royalties to TQ Delta (or any other patent holder) in respect of any standards essential patent. Of the two patents from TQ Delta’s portfolio which had been litigated in this jurisdiction, infringement of one had been established, and had been continuing for many years.  Despite some earlier indication which had suggested that ZyXEL would accept a licence on the terms held by the court to be RAND, when pushed on this they refused to agree to submit to the outcome of the RAND determination.

To agree to ZyXEL's requests to refuse or stay injunctive relief would permit them to benefit from their hold-out strategy and take advantage of the RAND obligation without having agreed to be bound by a determination. Therefore the Court refused and also saw no reason to carve out the supply of certain orders.

This is clear sign that the courts consider the obligations in FRAND or RAND negotiations to be two-sided. The SEP holder must comply with its obligations to offer licences on FRAND or RAND terms, but the court will expect the potential licensee to negotiate and act as a willing licensee would. Refusal to do so in order to continue a strategy of hold-out will mean that the court will come down hard on the infringer if the SEP owner is successful.

An earlier decision in this case also demonstrates that the English Court is keen to manage these cases in a way which reduces costs.

Warning against costs in FRAND/RAND trials

Earlier, on 19 February 2019, Mr Justice Henry Carr handed down a judgment in TQ Delta v Zyxel concerning a dispute between the parties about setting a RAND trial date. The judgment was unexpectedly lengthy for a procedural application of this sort.

Carr J began by criticising the parties' approach to the application. He admonished them for failing to agree procedural points, and for spending considerable time and cost in preparing for an application to determine the trial date (something which would normally be decided by court staff rather than a judge).…