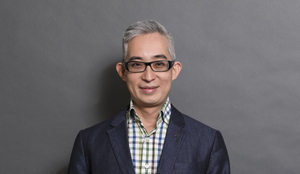 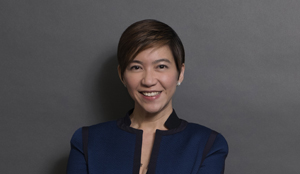 Myanmar's new trade mark legislation has been long-in-the waiting and much anticipated by both local and foreign brand owners alike. However, the official implementation of the law has experienced lengthy delays. The latest updates herald its coming into force by 2018, but the exact details are still being finalised. Any further delays are, as such, unsurprising.

Once in place, the new legislation is expected to completely overhaul the trade mark regime in the country. The current practice, whereby brand owners claim protection over their trade marks by the informal system of lodging a Declaration of Ownership with the Registry of Deeds and publishing cautionary notices in newspapers at regular intervals, will be abolished.

Instead, the new laws adopt a substantive trade mark system that is broadly aligned to those implemented in many major jurisdictions in the world.

Salient features of the new system include:

The new trade mark regime is much welcomed in enabling more robust and structured protection for brand owners. However, the uncertainties in transitioning into the new regime and in navigating under the new system, which is unfamiliar to both the applicants and the local officials, have presented much cause for concern – particularly for brand owners who have grown comfortable to the incumbent practice of re-filing declarations of ownership and cautionary notices, and have over the years, built up the goodwill in their brands and businesses amongst local consumers and are keen to secure statutory protection over their brands.

The teething issues may be further aggravated as a result of the following:

What can you do in the meantime

Unfortunately, there is very little clarity and limited information on the exact mechanism in relation to implementation in the meantime, based on feedback from local counsel.

In anticipation of the impending changes, and especially given the uncertainties, good housekeeping of your brands portfolio and strengthening your position under the current regime becomes even more imperative, to put you in the best position to leverage upon any transition provisions that may be implemented under the new regime, or to serve as evidence over the claim of ownership of your brands.

We suggest some measures below in anticipation of the new regime:

1. Review your existing Myanmar trade mark portfolio and evaluate which are your key marks, in light of your current and future plans

(a) Plugging in the gaps

2. Republication of cautionary notices and maintaining records of evidence of use

In anticipation of the availability of non-use cancellation actions under the new regime, whereby marks found to be not in use may be vulnerable to challenge by third parties, it is recommended that you:

Presently, the Myanmar Customs Department (MCD) allows for the recordal of trade mark registrations in Myanmar.  Such recordals allow goods which are suspected to be counterfeits to be detained by the MCD, as well as for rights holders to notify the MCD concerning any specific importation of counterfeits.

Notably, there are no requirements to renew such recordals after the filings with the MCD.

Whilst the new regime is likely to stipulate new official border control measures, it would be advisable for those with existing registrations to file such customs recordals with the MCD now, until there is clarity as to what is to be expected under the new regime.

Keep an active look out for all updates on the new laws, and seek appropriate advice to coordinate and prepare all applications and supporting documents as soon as possible in anticipation of such new filing requirements.