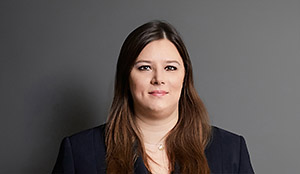 With section 270a of the German Civil Code (BGB) in effect as part implementation of the Second Payment Services Directive (PSD2), so-called surcharging is prohibited when using certain payment methods. This includes SEPA direct debit, SEPA credit transfer and most payment cards. PayPal, with its about 21 million users in Germany established itself just as much a “common” means of payment. Wettbewerbszentrale is of the opinion that section 270a BGB covers PayPal transactions as the PayPal account uses e-money acquired through the above mentioned methods. Wettbewerszentrale established a complaint point and issued several cease and desist orders.

However, the application of section 270a BGB on PayPal (as well as other Payment Initiation Service providers – PISPs, such as Sofortüberweisung) is disputed. Payments through PayPal do not directly access the payer’s bank account, but operates through e-money. PayPal-issued e-money is stored in a staged wallet. This negates the norm’s application even though the e-money may be acquired through covered means of payment. Only pass-through wallets would be treated differently because such wallets store the card or account details and the payment transaction goes “directly” from the payer to the payee via the SEPA or card payment scheme without conversion into e-money at the wallet provider.

The decision recommendation of the Finance Committee of the German Bundestag dated 31 May 2017 indicates that payments with PayPal are intentionally not mentioned in section 270a BGB. The recommendation states without further justification that the legislator has decided not to extend the scope of application to PayPal. ”after extensive deliberation with regard to the surcharging ban, it was decided to refrain from further amendments of the draft legislation as well as a possible extension to three-party-systems and PayPal.” A contractual ban of surcharging (e.g. in the acquiring agreement) remains possible. Wettbewerbszentrale nevertheless requests an interpretation “in the spirit” of the directive. However, the wording misses a precise reference to three-party models and/or PayPal which cannot be simply neglected.

PayPal itself reacted with a revision of its General Terms and Conditions, prohibiting surcharging through he above mentioned contractual means. However, individual agreements with major corporate clients still allow for surcharging. While the German Railway Company as well as Lufthansa have stopped surcharging or plan do to so in the future, Flixmobility has no such intention.

Any change to paying with PayPal will be decided by the courts. Whether they will dive into and respect the technical specifics of payment systems remains to be seen. Yet, we do not expect a general overhaul or extension of section 270a BGB’s coverage.