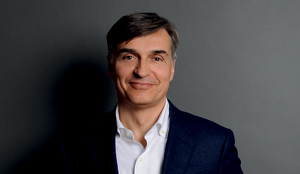 Germany’s Federal Government has taken the first official step to reform its national road traffic laws, by presenting a draft bill on automated driving on 25 January 2017. The draft bill amends the German Road Traffic Act (Straßenverkehrsgesetz, StVG). It is expected that this legislation will pass Parliament before federal elections in September. German car manufacturers have pushed for legislative amendments in the recent past, fearing to be left behind by US competitors.

As reported last year (see here), the German Ministry of Transportation and Infrastructure had previously predicted that self-driving cars would be driving humans on German roads in limited areas by 2020, i.e. in areas of low traffic complexity (such as the Autobahn) and low speed areas (such as car parks). The amendment to the StVG as reflected in the draft bill will provide the legal basis for temporary, full transfer of the driver’s control to the automated driving system. It follows an important change of the Vienna Convention on Road Traffic, adopted in 2014, paving the way for automated driving.

The key aspects are summarised as follows:

The new law will allow for the registration (and use) of vehicles providing a “highly or fully automated driving system”. Such a system is defined as being able to (i) drive the vehicle after being activated, (ii) comply with the traffic rules in line with the driving situation, (iii) be manually overridden and deactivated by the driver at any time, (iv) recognise when it it necessary for the  driver to take manual vehicle control and (v) make the driver aware of the need to tale manual vehicle control by means of an optical, acoustic or tactile warning (Section 1a para. 2 StVG as amended). In addition, the automated driving system must be described in and comply with applicable international provisions (e.g. provisions of the EU or the United Nations Economic Commission for Europe – UN-ECE).

From a liability perspective, the driver remains fully liable, even after activating the automated driving system. In case of malfunctions of the system (i.e. beyond the driver’s control), the owner of the vehicle continues to be liable under the strict liability regime for vehicle owners. However, the new law raises the owner liability limits for accidents caused by a malfunction of a highly or fully automated driving system by 100% (up to EUR 10 million). Based on the mandatory insurance covering the vehicle owner, the vehicle manufacturer will be exposed to redress in addition to actual product liability.

The data recorded via the black box must be made available to the relevant road traffic authorities upon request, as well as to any third party providing plausible evidence that (i) the data is necessary for asserting, satisfying or defending claims resulting from an accident and (ii) the vehicle was in fact involved in the accident. Further details on the technical requirements of the black box will be set out in an administrative ordinance of the German government.

The German Federal Government is determined to pave the way for self-driving cars in Germany and set the standards for a modern legislative framework for automated driving. Drivers will not lose their genuine responsibility for exercising control over an automated driving system – at least if and when advised by the system to take back control in cases where the system detects ambiguities.

Bird & Bird is at the forefront of advising businesses in the Automotive & Tech industry on how regulatory changes impact technology strategy and implementation.