Has the official regulator/authority intervened to help resolve contractual uncertainty around the validity of BI claims?

No. At the moment in Spain, according to information publicly available there has been no official pronouncement by the official regulator in this regard.

Thus, it could be expected that the insurance regulator will possibly intervene to help resolve contractual uncertainty around the validity of BI claims.

Do insurance policies in your jurisdiction generally restrict BI to losses directly resulting from physical damage?

Yes. This is precisely the argument that the Spanish Insurance Business Association (UNESPA) has been sustaining since the beginning of the pandemic.

UNESPA has repeatedly argued that, in general, the insurers do not cover the losses caused by BI that are occurring as a result of the adoption of government measures against the COVID-19 for two main reasons:

Apparently, some insurers might cover the (non-physical) risks caused by a pandemic. Thus, in any case it will be necessary to review the contractual terms of each particular product/policy.

Are there any court proceedings currently dealing with the validity of BI claims?

The SAP 59/2021 and SAP 254/2021 -both ruled by the Provincial Court of Girona- are so far the only judgments that have resolved BI claims in relation to the COVID-19.

Therefore, although much litigation has not yet been detected in relation to this type of policies, it could be expected that the BI claims will probably increase in the coming months -and, hence, the court proceedings dealing with the validity of BI claims-.

Have any judgments been given that deal with BI claims in relation to the current COVID-19 pandemic or other contagious/infectious diseases?

The Provincial Court of Girona ordered SegurCaixa to pay 6,000 euros to a pizzeria for the loss of profits due to the government measures adopted in the context of the pandemic.

The Provincial Court of Girona argued that when the insured accepted the policy, the general conditions covered “Loss of benefits / Business Interruption”, without further ado, which should have generated expectations for the insured when he signed the policy.

Hence,  to the extent that the insured "has seen its business interrupted and its income reduced", the Provincial Court concluded that the absence of coverage by the insurer claiming that the BI was due to the pandemic, is a clear limitation of the rights of the insured and that this limitation to be fully valid and enforceable against the insured, should be signed and accepted in writing.

As in the first judgement referred above, the Provincial Court of Girona has once again ordered an insurer, Zurich, to pay 18,000 euros plus interest and legal costs to a restaurant for loss of profit due to government measures adopted in the framework of COVID-19.

On this occasion, the Provincial Court of Girona recalls in its judgement the insurer’s obligation to deliver the policy or, at least, the provisional coverage policy document to the insured. The Court considers that the insured restaurant should have been given the contract with the general conditions and that the conditions were not provided to the insured.

Therefore, the Provincial Court of Girona reasoning is based on the claimant's alleged lack of knowledge of the general conditions of the policy.

It should be noted that this judgement is not final and can be appealed before the Supreme Court.

UNESPA reiterates that the above judgements only focus on formal aspects of the policy, such as, that the coverage clause is not expressly accepted by the insured.  As previously mentioned, according to UNESPA, in general BI policies in Spain will not cover losses or damages derived from closures or BI decreed by the Government during the state of alarm, because these BI would be caused by indirect damages and the policies only cover the loss of benefits that are a direct consequence of material damages covered under the policy.

Name of regulator, websites and articles of interest 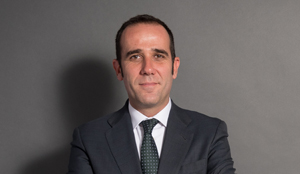