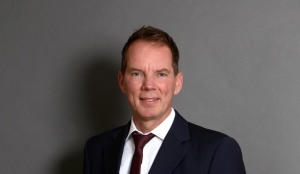 Bird & Bird has won a court battle for the European Commission on the question of jurisdiction of national courts in trademark infringement proceedings against EU institutions.

The European Commission objected to this, claiming, among other things, that the national courts of the Member States do not have jurisdiction under the rules of the EU Treaties in proceedings in which claims are brought against EU institutions. Such claims must be brought before the courts of the European Union in Luxembourg.

In a ruling now published (ref. 34 O 8/21), the Düsseldorf Regional Court decided that it had no jurisdiction over the matter and revoked its own interim injunction. The Treaty on the Functioning of the European Union (TFEU) provides that only the Union courts may rule on actions for damages in the area of non-contractual liability of the European Union or one of its institutions. The concept of damages is to be interpreted broadly in accordance with the meaning and purpose of the provision, and covers the entire area of non-contractual liability, and thus also claims for injunctive relief.

The European Commission was represented by the following Bird & Bird lawyers: partner Dr. Richard Dissmann and associate Dr. Laura Jones, both Intellectual Property/Litigation, Munich. The case was referred to the German team by the Brussels-based relationship partner Jean-Christophe Troussel.