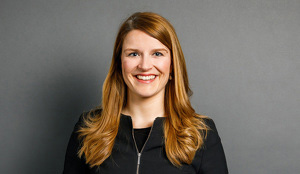 Bird & Bird was successful in defending its clients in a major Supplementary Protection Certificate (SPC) case. On March 15, 2019 the Higher Regional Court Düsseldorf finally dismissed MSD’s request for a preliminary injunction based on their SPC for ezetimibe and simvastatin and thereby confirmed the first instance decision of the Regional Court Düsseldorf of October 2018. The decisions provide helpful guidance for future litigation on SPCs.

Facts and Background of the case

Course of the Proceedings before the Regional Court Düsseldorf

Consequently, MSD filed a request for a preliminary injunction based on their SPC for ezetimibe and simvastatin. Upon this, the Regional Court initially granted preliminary injunctions on an ex parte basis against several generics in mid-May of 2018. Following the generics’ respective objections (“Widerspruch”), the Regional Court Düsseldorf overturned its decision after the oral hearing in October 2018.

The Court came to the conclusion that the SPC for ezetimibe and simvastatin is likely not valid with respect to art. 3 c) of Regulation (EC) No. 469/2009 (“SPC-Regulation”). In its reasoning it mainly referred to the CJEU decisions Actavis/Sanofi (C-443/12) and Actavis/Boehringer (C-577/13). Following this, the Court held that a product would only be entitled to an SPC under art. 3 c) of the SPC Regulation if it constitutes the “core inventive advance” (in German: “zentraler Erfindungsfortschritt”) of the basic patent on the priority date. In the Regional Court’s view, this criterion has to be understood in the context of the SPC Regulation and thus independent from a purely patent-law perspective.

With respect to the ezetimibe and simvastatin product, the Regional Court concluded after a thorough analysis that said combination does not represent the core inventive advance of the basic patent but that rather only ezetimibe would be said core. However, since there was already a previous SPC for ezetimibe, the Court held that the validity of the combination SPC is not sufficiently certain in view of art. 3 c) of the SPC Regulation.

On appeal, the Higher Regional Court confirms the result of the Regional Court’s decision and provides a detailed reasoning, particularly with respect to art. 3c) of the SPC-Regulation. Here is an overview of the key findings:

What is the applicable standard?

The CJEU decisions in re Actavis/Sanofi (C-443/12) and Actavis/Boehringer (C-577/13) are decisive for the assessment of art. 3c) of the SPC-Regulation. The Higher Regional Court stresses that all decisions by the CJEU are binding for the national courts in order to ensure a uniform application of the EU-provisions. Therefore, it is irrelevant whether the parties or the national courts may have a different view. If the facts are sufficiently similar to those underlying the CJEU case law, the binding considerations of the CJEU have to be applied.

In this context, the Higher Regional Court also clarifies that the decision in re Teva/Gilead (C-121/17) is irrelevant for the interpretation of art. 3c) of the SPC-Regulation. In particular, this decision could not be adduced as it only relates to art. 3a) of the SPC-Regulation. Else, one would misconstrue the absolute binding effect of CJEU decisions (particularly the relevant Actavis-decisions).

How should the Actavis-decisions be applied?

It follows from the Actavis-decisions that the mere fact that a combination is encompassed by the claims of the basic patent is not sufficient for fulfilling the requirements of art. 3c) of the SPC-Regulation. However, the Higher Regional Court points out that the CJEU has not named clear criteria with which one can determine whether several products can be identified. Therefore, the Higher Regional Court uses clues taken from the facts and findings of the CJEU Actavis-cases:

The Higher Regional Court then indicates that the existence of one or several inventions should be determined on the basis of the basic patent specification, i.e. what the skilled person would identify as the invention(s) in view of the claims, specification and drawings of the basic patent. However, the Court also states that the CJEU has not yet clarified whether subsequent findings could also be considered for determining the presence of the invention(s).

So what about the combination of ezetimibe and simvastatin?

The Higher Regional Court concluded that the combination of ezetimibe and simvastatin is the subject of the previous SPC for ezetimibe, so that the granting of a further certificate for the combination is not possible in view of art. 3 c) of the SPC Regulation.

In particular, the Higher Regional Court stresses that the case at hand is quite similar to Actavis/Sanofi, for which the CJEU already rejected a second SPC.

According to the appeal decision, the basic patent would not include sufficient clues that the combination of ezetimibe and simvastatin provides unpredictable benefits at the priority date, which could indicate that the combination is more than just an embodiment of the ezetimibe-invention. Rather, the combination of ezetimibe and simvastatin would only provide a mere additive effect. This would even be shown by the current studies, which were the basis for the MA grant. What is more, the Higher Regional Court determines that it is a “technical triviality” that the side effects are lesser, if the dose of an ingredient with high side effects is reduced (Simvastatin) and replaced by an active ingredient with lower side effects (ezetimibe).

In addition, the Higher Regional Court was not persuaded by deviating decisions in other jurisdictions. Rather, the Court holds that these foreign decisions are already not based on a correct legal starting point, because the strict binding to the preliminary rulings already handed down by the CJEU in the Actavis/Sanofi and Actavis/Boehringer cases is disregarded.

What does this mean for future cases?

Further information about the case and the involved parties can also be found in the respective JUVE article. The decision can be downloaded in English and German from EPLAW.

In case you have any questions regarding this case or an SPC-related matter, including strategic advice for future cases, feel free to contact Dr. Anna Wolters-Höhne, Dr. Annika Schneider (attorneys), Dr. Michael Alt and Dr. Marie-Theres Schmid (patent attorneys) (having acted for ratiopharm and AbZ) as well as Oliver Jan Jüngst, Dr. Moritz Schroeder and Melanie Halsch (attorneys) (having acted for Stada and Aliud).