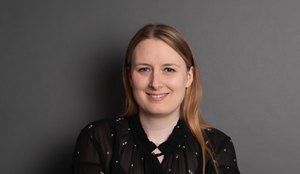 Triple Point is an IT services provider which was engaged by PTT to replace its Commodities Trading, Risk Management and Vessel Chartering System (CTRM) under a "CTRM contract" and a series of associated Order Forms. Triple Point was paid for stages 1 and 2 of the first phase of its work, which it completed with a 149- day delay. It then raised a series of invoices in relation to further stages of the work (covering activities that it had not yet undertaken), which were disputed by PTT. In the absence of payment for the further stages of work, Triple Point suspended work and left the site, and the remaining elements of the work were never completed.

The liquidated damages provision in the CTRM contract provided “If [Triple Point] fails to deliver work within the time specified and the delay has not been introduced by PTT, [Triple Point] shall be liable to pay the penalty at the rate of 0.1% (zero point one percent) of undelivered work per day of delay from the due date for delivery up to the date PTT accepts such work…”(emphasis added).

The TCC and Court of Appeal

The TCC found that Triple Point had repudiated the contract by reason of its wrongful suspension of work. PTT was entitled to recover its costs of procuring an alternative system and its wasted costs, subject to the contractual cap, and also to uncapped liquidated damages up to the date of termination.

Triple Point appealed, and PTT cross-appealed. The Court of Appeal held (amongst other matters) that PTT was not entitled to liquidated damages in relation to stages 3 onwards of the contract. The Court of Appeal considered a number of previous judgments in reaching this decision, and grouped them into three different judicial approaches:

The Supreme Court unanimously reversed the Court of Appeal’s decision on liquidated damages for incomplete work and reverted to the TCC’s original ruling.
The Supreme Court disagreed with the Court of Appeal’s approach to previous judgments. In the leading judgment, Lady Justice Arden expressed the view that no “Glanzstoff principle” existed and that Glanzstoff was not in itself a case of any particular legal significance. In general, the meaning and effect of one clause is not binding precedent as to the meaning and effect of a similar clause in another case. There was no suggestion that the clause in Glanzstoff was market-accepted wording, or a standard form of wording recognised in a specific industry, which would take the parties outside that general rule. The decision the court was asked to make in this case was therefore a matter of contractual interpretation which turned solely on the drafting of the contract between Triple Point and PTT.

As a matter of contractual interpretation, the Supreme Court held that PTT was entitled to liquidated damages for the period from the date when the work should have been completed to the date of termination of the contract. Lady Justice Arden explained that:

As well as taking care with drafting, contractors and suppliers should take advice as to the type (and amount) of damages recoverable before terminating a contract where work is delayed and incomplete.