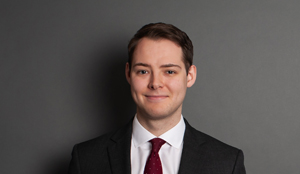 Welcome to HMA Bites! In each edition of Check-In we will take a concise look at an issue relating to hotel management agreements ("HMAs") and provide insight, tips and advice based on our experience in practice. In this edition, we will be taking a look at the concepts of "gross negligence" and "wilful misconduct".

The terms "gross negligence" and "wilful misconduct" are frequently used in HMAs – most often in connection with matters of liability.

The main purpose of these terms is to set a threshold higher than a mere “breach” for the conduct an Operator can be liable for. Operators tend to justify this by saying they would never take on all the risks involved in managing a hotel if they could be held accountable for every single technical “breach”. Whether an Owner is convinced by this will be a matter for negotiation.

Instinctively, we may feel we know their connotation, or could recognise an example of them if we saw one. At the very least, we may trust that there is an established legal meaning that the parties to the HMA, their legal advisers, and ultimately the courts can refer to.

When entering into an HMA governed by US law (from where this terminology and the HMAs they are historically found in originate) this is indeed the case.

But you may be surprised to know that when used in HMAs governed by English law these terms have no recognised meaning – and, despite their common usage, English common law has no established concept or definition of "gross negligence" or "wilful misconduct".

For the English courts, understanding and enforcing these concepts is therefore a matter of contractual interpretation, and not a matter of legal doctrine. This means assessing what the parties intended the terms to mean – and this assessment has to be undertaken on a case-by-case basis, by reference to the express wording of the relevant clause, the context of the HMA as a whole, the circumstances in which the HMA was made, and the business aims of the parties.

This has led to an array of differing judicial interpretations of these terms.

For example, "gross negligence" has been construed varyingly as:

Whilst "wilful misconduct" has been interpreted to mean:

In light of these varying judicial interpretations, it is therefore best practice to agree a definition of "gross negligence" and "wilful misconduct" if you intend to use these in an English law-governed HMA.

Not only will this give each party certainty as to the benchmark that will apply to their conduct, but it will also be instructive to a judge, arbitrator, mediator or expert in the event of a dispute.

So, how can we draw these strands together into a workable contractual definition? We would suggest that: