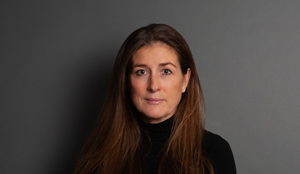 The decision in Wilmington Trust v Spicejet [2021] EWHC 1117 (Comm) is important for both lessors and financially stricken lessees: it upholds “the hell and high water” provisions in leases which is important for lessors, but grants a stay enforcement of the judgment so as to avoid the insolvency of the lessee.

The High Court granted summary judgment for c.$25m in favour of the lessors for rent under a dry lease. It made clear that there are high hurdles with defences of illegality and frustration but did not rule out the defendant’s ability to claim frustration in the future. The dispute related to an aircraft grounded by the COVID-19 pandemic and two Boeing 737 MAX aircraft grounded since 2019 following the two tragic accidents involving similar type aircraft operated by Lion Air and Ethiopian Airlines.

In relation to the first aircraft, Spicejet claimed illegality on the basis that restrictions imposed by the Indian Government during the pandemic made it illegal to operate an aircraft and as such the lease payments should be suspended. It further claimed that, in respect of the MAX aircraft, the leases had been frustrated by the grounding of the MAX aircraft.

In relation to illegality, the Court determined that all risks and maintenance under the dry lease had been assumed by Spicejet given the clear terms of the lease including the “hell or high water” clause and it was “impossible” to interpret the lease terms such as to suspend rent during the COVID pandemic.

The claim as to frustration was put on the basis that the purpose of the lease was for the commercial use of the aircraft to provide passenger transport, and the grounding of the MAX aircraft frustrated that purpose. The Court found that the grounding was for approximately 10% of the lease term (so far) and that did not amount to frustration. While the ban made the performance of the lease more onerous, it did not make it “radically different”, a requirement for frustration to occur. However the Court noted that although the leases were not currently frustrated, it was possible for Spicejet to raise this defence again in the future should the ban not be lifted and then any monies paid to the claimants would at that stage become repayable under the Law Reform (Frustrated Contracts) Act 1943.

The Court did decide that Spicejet had a credible argument that a security deposit had been wrongfully drawn down by the relevant lessor and as such it was not in breach of contract by failing to restore the deposit and this element is proceeding to trial.

Notably, in what may be seen as a radical departure from the norm, the Court ordered a stay on the summary judgment of 16 months to give the parties time to mediate given the precarious financial state of Spicejet, noting that if it were required to pay all the judgment sum promptly it might result in its insolvency which would not be in the lessors’ interests.