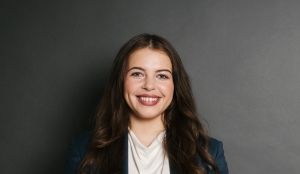 Arla Foods AB (“Arla”) is a dairy cooperative owned by dairy farmers. Prior to a public tender for dairy products at the end of 2016, Arla Foods exchanged information about, among other things, prices with a competing company.

The framework agreement concerning procurement of dairy products was coordinated by Norrtälje municipality and included several municipalities and municipal companies. Following tips from the contracting authority, the Swedish Competition Authority (the “SCA”) initiated an investigation during which Arla was required to provide information concerning the public tender in question. Arla expressed that a member of the staff had made mistakes in the tender and reported it to the SCA accordingly.

Following its investigation, the SCA filed a lawsuit with the Swedish Patent and Market Court (the “PMC”).

Under certain conditions, a company that draws the SCA's attention to infringements on its own initiative may be granted leniency, which means that a fine for infringements of competition law may be waived. A company that is investigated for a suspected infringement and that cooperates with the SCA during the investigation may in some cases also be issued with a lower fine.

In the case at hand, Arla did provide information about the infringement. This was, however, done only after the SCA had required that the company provide information regarding the tender and the exchange of communication between the competitors. The PMC thus fined Arla for having committed unlawful cooperation in the form of an illegal exchange of information prior to a public tender.

This means that the company cannot be granted full leniency, as the PMC found that such application would conflict with the intention of the legislator and the leniency system. Leniency may only be granted if the company informs the SCA of its own accord. The fact that Arla collaborated with the SCA during the investigation could therefore not result in the company completely avoiding payment.

For more information, please refer to the press release of 8 October 2021 from the Swedish Competition Authority (in Swedish) here.