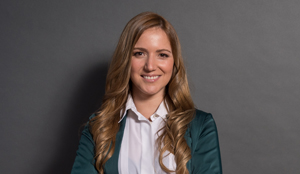 On 29 April 2021, the Spanish Royal Decree-Law 7/2021 entered into force, modifying the Spanish Competition Act (“LDC”) due to the transposition of the Directive 2019/1 – known as the “ECN+ Directive” – which aims to achieve a more effective application of competition rules by the National Competition Authorities (“NCAs”) and to improve the functioning of the internal market.

Spanish regulation already included most of the provisions contained in the ECN+ Directive. However, this amendment brings significant changes to national competition rules, especially regarding the relationship of the Spanish Competition Authority (“CNMC”) with the European Competition Network (“ECN”); the upper fine limits that can be imposed as a consequence of anticompetitive infringements; CNMC’s investigation powers; the safeguards available for companies involved in infringement proceedings; and the leniency program.

1. A closer relationship between NCAs

Among the elements transposed to the national legislation, particular attention should be drawn to the measures and instruments to promote mutual assistance within the ECN.

Following the amendment of the LDC, the CNMC will be able, inter alia, to exchange broader information with the European Commission and other NCAs (e.g. leniency statements or information received in the context of merger control analysis) and to closely collaborate in investigations conducted outside their own territories (e.g. carrying out dawn raids and interviews on behalf of other NCAs).

In addition, the LDC establishes that the limitation period for competition infringements may be interrupted in case another NCA within the ECN is investigating the same facts as the CNMC.

2. A higher maximum amount of fines

The modification of the LDC has introduced a new scheme of fines which is stricter than before and with a higher dissuasive effect:

The powers of investigation of the CNMC will be increased as well. In particular, the LDC explicitly allows the CNMC to carry out dawn raids at the premises of any company or private residences, provided that there is reasonable suspicion that there may be relevant documentation related to the investigation.

The CNMC may also access all necessary information regardless of where the information is stored, e.g. laptops, cell phones, other mobile devices or even in the cloud.

The LDC also introduces the possibility for the CNMC to interview representatives and staff of the companies under investigation, even outside the context of dawn raids. The interviews may be conducted with any legal or natural person that may have relevant information to the investigation. These interviews may be conducted at the CNMC’s facilities, at the company’s premises, or remotely.

4.Strengthening of guarantees for companies under investigation

The LDC expressly declares that the EU Charter of Fundamental Rights and the general principles of EU law are to be guaranteed in Competition law proceedings:

5. The leniency program in Spain

The amendment of the LDC introduces several additional incentives for the companies applying for leniency in Spain as follows:

Although this amendment has brought significant modifications to the LDC to reinforce the CNMC’s investigation and sanctioning powers, it is indeed more limited in scope than the draft of the preliminary amendment that was submitted to a public hearing last summer (available here – in Spanish).

As a result, relevant modifications proposed in the draft have been left out, such as:

It should be noted that in the parliamentary process of validation of the Royal Decree-Law 7/2021 (available here – in Spanish), additional modifications may be taken, perhaps in the light of those proposed in the preliminary draft.